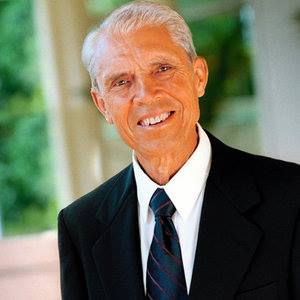 Dr Desmond Ford had a vibrant enthusiasm for his chosen work of spreading the gospel of Jesus Christ. “Des”, as he was affectionately known, was a teacher, minister and theologian for more than sixty years.

Des’ interests included religion, history, current affairs, biography, science, and health. After his conversion to Christianity, he began to write on religious themes and has subsequently written twenty books and numerous articles.

Des worked as a pastor in local churches for a number of years before being asked to finish his degree and take up seminary teaching. He has several degrees (including two Ph.D’s) in various aspects of theology, including his particular areas of academic interest, apocalypticism and eschatology (the study of the literature and symbolism of the books of Daniel, Ezekiel and Revelation, and the study of end times as taught in Scripture).

Dr Ford was head of the theology department at Avondale College in Australia for over sixteen years, and a lecturer at Pacific Union College, California for three years. During that time, he taught a wide range of subjects, assisting to train new generations of ministers of the gospel. He was for many years a member of the Seventh day Adventist church’s chief theological committee, the Biblical Research Committee, in both Australia and the USA.

Des Ford’s preaching emphasised the Pauline doctrine of Justification by Faith, made famous by Martin Luther but still too often missing from modern preaching. It is the good news that Christ, by his life and death, redeemed the world two thousand years ago, so that now, “whosoever will, may come” to God. Des’ message affirmed that the message of assurance in the Gospel is for everyone, following the instruction that Christ’s name should “be declared throughout all the earth”.

Des passed away in 2019. The ministry which he founded, Good News Unlimited, continues.