I had never been to a dawn service before. Let me explain…

ANZAC Day, celebrated on 25 April, is probably Australia’s most important national occasion. On this day we remember the first major military action fought by Australian forces in the First World War, and through it, all of the Australian fallen in war. The most solemn ceremony held at the memorials throughout cities and towns in Australia is a dawn service.This year, I went, and I will probably go again next year. There were hundreds of people there in the pre-dawn gloom. The reason why I went this year is because my daughter was one of the guest speakers.

A Christian hymn was sung… 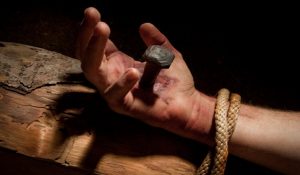 God of our fathers known of old, Lord of our far flung battle line

Beneath whose awful hand we hold, Dominion over palm and pine.

As I stood there and heard these words, nicely printed for us on our programmes, I thought about  how inappropriate they were; in fact I remember thinking, “How stupid!” I thought that from the perspective of someone who wants everyone to know how marvellous the Lord Jesus Christ is.

Let’s set aside the militaristic and imperialistic thrust of this and the other verses. These words refer to the “awful hand” of God.  Words change their meaning. Back in the 19th century and early 20th century, perhaps someone understood this phrase differently. But here we were, forcing hundreds of people, most of whom are unbelievers, to mouth this phrase. For them, “awful” means despicable, disgusting, and repulsive. And I am certain that many of them thought that of my loving Saviour Jesus.

I have often come across Christians who speak and sing in archaic language, just because if it’s old it must be good. It’s as if they think that by using incomprehensible language, they come closer to holiness.

When we make God incomprehensible, and even repellent, through our language as Christians, we dishonor him.

As people who have been called to represent Jesus in taking the gospel to the world, let’s make sure that our words and language rightly represent the beauty and goodness of Jesus.

How could his just and merciful hand ever be “awful” – that hand that bled for me?

As the sun rose that morning over that crowd of hundreds, I couldn’t help thinking that while the soldiers of past wars had been honoured, the Hero of All Heroes had been obscured and dishonoured. And I was sad.