#BringBackOurGirls One Year On

Recently we marked the one year anniversary since 252 girls from the town of Chibok in Northern Nigeria were kidnapped by the Islamic extremist group Boko Haram. Despite the many developments in the story, 232 of the girls remain missing. Open Doors, in partnership with the local church in Nigeria, has been working in the area and supplied this story for GNU readers. At 10pm on April 14, Boko Haram attacked the Government Secondary School of Chibok. That particular evening many of the girls from the community were staying at the school, with exams scheduled for the morning. Boko Haram entered the school compound in seven vehicles filled with armed men wearing military fatigues. Some of the men set fire to buildings while others overpowered the security guards before storming the dormitories and forcing 275 students into the vehicles at gunpoint. The attackers then sped away, disappearing into the Sambisa Forest.

Extremist Islamic group, Boko Haram, claimed responsibility for the kidnapping, releasing a 45 minute video in which the group’s leader, Abubakar Shekau, stated, “I have kidnapped the girls. I will sell them on the market in the name of Allah.” Mother of one of the Chibok Girls

While initial news reports stated that 100 girls had been kidnapped by the group, it was not until a few days later that the true figure was confirmed. This reporting was an attempt by the Nigerian government to downplay the situation and continued with a statement promising the girls would be returned within a month.

Outrage from the kidnapping fanned the flames of public opinion and people around the world took to social media using the hashtag #bringbackourgirls. Several celebrities got behind the initiative and raised awareness of the tragedy. Pakistani female education activist, Malala Yousafzai and American First Lady, Michelle Obama both posted about the tragedy to ensure the world knew.

Despite the huge levels of awareness raised, the campaign yielded few results. It also did little in the way of deterring Boko Haram from continuing their reign of terror. While this was the single largest kidnapping carried out by the group, it was only part of a larger kidnapping campaign. Indeed, Human Rights Watch said, “The relative ease with which Boko Haram carried out the Chibok abductions seems to have emboldened it to step up abductions elsewhere.”

Since the kidnapping in Chibok, the situation has been extremely difficult for the parents of the girls. Due to continued fighting in the area the girls were abducted from, family members of the girls have been forced to flee, resulting in the loss of their children, livelihoods and homes. In some instances, parents of the missing girls have been killed in fighting. Sadder still, 11 parents have died from stress directly related to not knowing where their daughters are now. “Just recently, one of the sisters of the Chibok girls came to our office and asked for some food stores and mattress because she said her mother is always crying. She said they are always near her, comforting her, as nobody is taking care of her,” said Rebecca Dali, who runs the Centre for Caring, Empowerment and Peace Initiatives located near Chibok.

The Chibok kidnapping represents only a small portion of the horror that Boko Haram has perpetrated across Northern Nigeria. While traditionally Muslims and Christians have enjoyed generally friendly relations in the country, Boko Haram are at odds with this and have targeted Christians in attacks.

Boko Haram, meanwhile, is finally being challenged by multi-national military forces from neighboring Chad, Niger and Cameroon. As the Nigerian military and coalition forces have pushed Boko Haram back, gruesome reports of mass graves and bodies dumped into wells – many of them female – have emerged. Most recently, a report indicated that as Boko Haram retreated, they attempted to stone the women they could not take with them in an attempt to prevent them from remarrying ‘infidels’.

Prior to the high level of military action that we are now witnessing, the Nigerian government also attempted to negotiate the girls’ release. 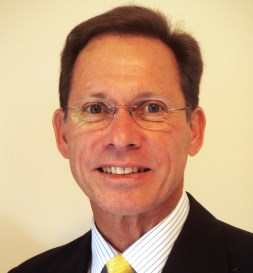 Last May, news surfaced that Stephen Davis, an Australian, had been negotiating with Boko Haram for the release of the girls. Although he secured an agreement to win the release of about sixty girls, the exchange was compromised.

In October, there was another glimmer of hope when the government announced it had again reached an agreement for the release of the girls. But just as the news broke, fighting intensified and Abubakar Shekau, whom the military previously had announced was dead, declared in a video released to media there was no deal. “War is what we want,” the speaker said.

Davis became involved in the negotiations because of his recent history of interaction with the forerunner of Boko Haram, Jama’atu Ahlul Sunnah Lih Da’awa Wal Jihad. He was confident from telephone conversations he had with contacts in the group soon after the kidnapping, that there was a good chance of securing the release of some, if not all, the kidnapped girls. “I arrived in Nigeria on 3 May 2014, for the specific and only purpose of securing the release of the Chibok girls,” he said. “Soon after arrival in Nigeria and discussions with the Presidency I travelled to Borno State in the north east by military aircraft provided through the Presidency,” Davis said. “As the visit was to be discreet, it was decided that I would be met at the military airbase by a civilian and travel in a private vehicle. Over subsequent days I met with the head of the Maiduguri University Teaching Hospital who was cooperative in providing medical team support for any kidnapped girls who might be handed over.”

Davis said he came close to brokering a release three other times, only to have each handover ruined at the last moment. In one episode, “We had set out on a trip to receive a group of Chibok girls who were to be handed over at the village of Kirenowa near the northern border with Niger. At New Marte we picked up a military escort and continued to Kirenowa.”

Fifteen minutes before the exchange was to happen, another group kidnapped the girls to try and cash in on the several million Naira reward the police had announced just 24 hours before. Shortly afterward, Boko Haram attacked Kirenowa, wiping out the military barracks. They also took New Marte and Dikwa, both large towns with substantial military presence.

Disenchanted with the poor response from President Goodluck Jonathon, Nigeria elected new leader, Muhammadu Buhari in the April 2015 elections. Buhari represents a major shift in the country as this is the first power change since 1999 back to a former military leader.

Buhari had made the defeat of Boko Haram a centerpiece of his campaign. “Boko Haram will soon know the strength of our collective will and commitment to rid this nation of terror, and bring back peace and normalcy to all the affected areas,” he said in his acceptance speech. “We shall spare no effort until we defeat terrorism.”

Most recently we have seen several hundred women and girls rescued from Boko Haram by the Nigerian Military. The rescues have taken place as the military has entered the Sambisa Forest, the last place the kidnapped girls from Chibok were seen to be taken. While there is some uncertainty still, it would seem that the Chibok girls themselves have not been rescued. It is also apparent that though these rescues are a major answer to prayer, ongoing help and support will be needed, as these women deal with the horror that has been inflicted on them.

Open Doors encourages Christians to continue to pray for Boko Haram and the situation in northern Nigeria. Pray for all the communities that have been impacted and the families that are affected. Pray also as Open Doors continues its work through the local churches in the area to provide support and encouragement.