The Church in Disguise 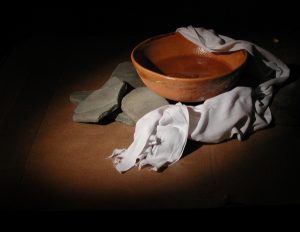 The true church, like the true Christ, is always in disguise.

Christ uses the following metaphors in picturing the Christian life: the yoke, the towel, the sword, and the cross. A watered down gospel offering only an anaesthetic is not the genuine article. But look at that man Simon on the Via Dolorosa carrying his cross behind Christ – there is a picture of the true church. See Mary breaking her expensive box of perfume – there is another picture. See Christ washing His disciples’ feet – a third picture. And most of all, observe the Man hanging on the cross!

Because the true gospel is ever crucified between two thieving false gospels the professing church is ever more Babylonian than Christian. Those perennial religious thieves are legalism and antinomianism. Both lack the true love and the true faith that are central for the genuine gospel of God. Consequently those who use religion as a pillow seek only rest whereas the true gospel brings always trauma as well as rest.