Disobedience or Obedience? – by Laura Stewart 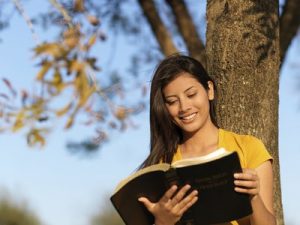 The high priest and his officials, who were Sadducees, were filled with jealousy. They arrested the apostles and put them in the public jail. But an angel of the Lord came at night, opened the gates of the jail, and brought them out. Then he told them, “Go to the Temple and give the people this message of life!”  So at daybreak the apostles entered the Temple, as they were told, and immediately began teaching (Acts 5:17-21).

Can you remember when you were young and your parents told you not to do something? When I was little, I would sometimes get in trouble for interrupting a parent’s conversation. I learned that when my mother or father said not to interrupt them, they meant serious business. I did not want the consequences of disobeying, so I learned quickly to keep quiet in those moments.

I imagine that the apostles in Acts were going through something similar when they kept having to be told to be quiet and stop teaching about Jesus. However in their case, they weren’t wanting attention out of personal desire, but rather for spreading the truth about who Jesus is.  And the consequences they would suffer if they disobeyed the high priest were far more serious as well.

Being thrown into jail didn’t stop them. Being flogged in the courts didn’t stop them, either. Do you know what the apostles did instead?  After an angel came and literally broke them out of jail, they got up at dawn and went straight to the temple courts to continue teaching in Jesus’ name. Talk about major disobedience!

Their message was too precious. Their Saviour was too important to be forgotten, and they had to let people know.

I can certainly be reminded from this story that since I have Jesus, I have something precious too!  If you have Jesus, realise that you have the most important and precious gift of all, and if you share it with others, you are living in obedience.