Does the Father Ever Forsake His Children? – by Eliezer Gonzalez 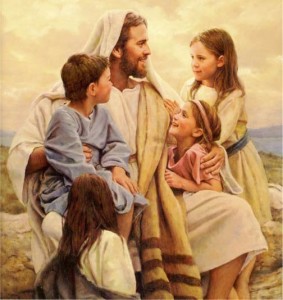 Have you ever felt forsaken by God? I have. We are all human – we all have. But one of the hardest lessons we must learn is not to trust our own feelings.

I have had people who have wanted to argue with me that the Father really did completely forsake and abandon his Son at Calvary. They say that is because Jesus took our sin upon him, so the Father was forced to abandon him.

But the Father who never forsakes his children, how could he abandon his Holy Son? What happened at Calvary is a mystery so profound that God has drawn a veil over its depths. For the One who hung there was not just some sinner like you and I, but the holy, spotless Lamb of God.

On the cross, Jesus repeatedly speaks to the Father. Was the Father not there at all? Was Jesus just speaking into think air?

Jesus said that the Father did not leave him alone (John 8:29). Paul says explicitly that at the cross, “God was in Christ, reconciling the world to himself” (2 Cor 5:19).

Read Psalm 22, from which Jesus quotes when he cries out, “My God, my God, why have you forsaken me?” You will find that it is actually an explicit affirmation of God’s presence, in spite of all appearances to the contrary (v.24).

Wherever you are today, Jesus has felt all that you have felt and more. He has felt what it means to be totally friendless, abandoned, and alone. He has felt your pain.

At the end, Jesus speaks words of faith to his Father, in full confidence of his loving presence, “Father, into your hands I commit my spirit” (Luke 23:46). He obviously knew that the Father had not forsaken him, in spite of his suffering and anguish of mind.

The lesson of the cross is that the Father never forsakes his children, even in their darkest moments. No matter what you might be going through, if at the end you can still call him “Father,” then remember that he has always, and will forever call you, “my precious child.”