Where Do You Go from Here? 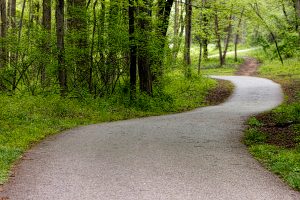 Jacob had had a rough time for many years. He had fled for his life from his brother. He had worked hard for 14 years for his uncle Laban. Eventually he returned and reconciled with his brother again. Some time later his daughter was raped, and his children committed a shocking crime that had made his name mud.

Sure, God had blessed him over the years, but it hadn’t been easy? And now he had nowhere to go. Where would world-weary Jacob find healing and rest?

Where do you go when your life seems to be unraveling before your eyes, spiraling out of control, when you’ve experienced so much that you don’t know how you can do it any more?

Right at that moment was when,

Do you remember where it was that you first met God? Do you recall when the love of God first filled your heart?

Where can you find your Bethel?

What is Bethel? The name “Bethel” means “House of God.” But Bethel, the “House of God” is not necessarily a church.

We know that because in Jacob had simply met God where he had stopped for the night in his flight from his brother. There wasn’t even a pillow there, let alone a house in which he stayed. He used a stone for a pillow for his head.

Bethel is simply a state. You remember when the Holy Spirit spoke to your heart? When you were filled with the joy of knowing God. When the peace and presence of Christ embraced you? That’s Bethel.

Too many people – far too many – were once at Bethel, and have moved on. Too many people have experienced God and then moved on to be battered and bruised by life, and today they are wondering where to go.

Maybe the way to your future means returning to your past. Maybe the way to move on is to move back. Maybe as you read these words, God is saying to you, “Go back to Bethel, and camp out there.”

Only you can know. It worked out for Jacob in the end. It will work out for you as well. Just come back home.