God on a Leash

In ancient societies people sought to establish contact with their gods by means of animal sacrifices. The thinking was that offerer could, by means of his offering, bring pressure to bear on the gods; persuading or cajoling them to bring to effect the petitioner’s desire. 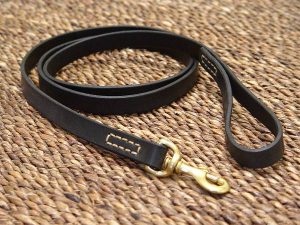 The human desire to influence divinity is deep-seated. In contemporary form it can sometimes be observed in the language of some who claim to be on familiar terms with God; so familiar in fact that they know exactly what God is going to do next. They seem to know what and how to ask God so that they can be sure of getting what they want from him. To all intents and purposes they appear to have some kind of contractual arrangement with God, by means of which he provides them with financial success in return for their devotion. They pretty much have God in their pocket. God on a leash!

A more subtle attempt to get control of God might be seen in perennial attempts to imprison him within the narrow limits of a list of doctrinal propositions, or a set of ethical guidelines with one religious tradition. One commentator wryly remarked that this sort of thing makes people religious taxidermists. They stuff and mount God in a way that makes him aesthetically inoffensive, and easy to keep in his place.

But the predictable, agreeable, compliant God is an idol; the product only of human imagination. The real God adamantly maintains himself in holy freedom from human wish. God cannot be manoeuvred into a position of obligation to us.  Yet, though gloriously self-sustaining he does delight to share his benefits with us.  The religion, therefore, that is most ennobling is the one that makes a great deal of God—his infinite worth, his goodness, his justice and holiness and his complete deserving—and not very much  at all of the petitioner—his/her notions of right and wrong, of good and evil, and of deserving.

In the 50th Psalm God summons all creation to appear before him to receive his righteous judgment.  He addresses the people with whom he has made covenant, who worship him with their sacrifices, and reminds them that he really does no need their bulls and goats.

Scriptures thus proscribes the religious outlook which assumes the will of God can be manipulated by gifts men and women bring to him.

Gifts and sacrifices, acts of obedience and service—no matter how highly valued by man—are no more than what he God is already owed. They are the stuff of his prior ownership.