How Good is Paul McCartney? 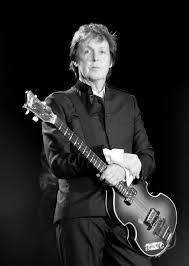 I was listening to an interview with Paul McCartney on NPR (National Public Radio) from the USA recently. The purpose of the interview was to promote his new album aptly titled, “New.”

I was astonished to hear him say that the end of the interview that he often wonders if he is good enough, and whether there is someone better than him. He said that when someone releases a new song, he thinks it might be better than his, and that he is not good enough. He said something like, “There is always this little voice in my head that says to me, ‘You aren’t good enough… look, he’s better than you.’”

Was I hearing this right? Was this SIR Paul McCartney of Beatles fame? Member of the British Order, recipient of an honorary Doctor of Music degree from Yale University, four-time Grammy Award Winner, member of the Légion d’Honneur? And the list of honours goes on and on! By George (Harrison)!!!; In 1990 he even had a planet named after him!!!! Not good enough? Where does that come from?

It’s good to be reminded that Paul McCartney is human. Of course, we all know that; since McCartney’s life is undoubtedly liberally sprinkled, like our own, with foolish many, many mistakes. But for those of us who frequently doubt ourselves, it is strangely relieving to know that Paul McCartney still does (doubt himself, that is). And look at the success that he has achieved in his particular field! That might serve as some encouragement to us in our own fields of endeavor.

But there is something much more here. You see, the question that McCartney asks is a fundamental question for every member of humanity – Am I good enough? To prove that we are good enough we study, we learn, we work hard, we try to improve ourselves in many ways. There’s nothing wrong with that. But other people take a negative route; they cheat, they lie, they swindle; they oppress and abuse others – all in the hope that they will feel better in feeling that they are indeed good enough – or at least better than their fellow human being.

The problem is that universal human question – “Am I good enough?” has a universal answer:

Our drive to be good enough, with all of its insecurities, is merely the reflection of the truth that at the root of our human nature we are all incomplete, we are all imperfect;  none of us are good enough (Rom 3:10). We are not who we were created to be. That’s what the fall did to us all. It turned us to look inward instead of outward… and the horror of it is that as we look inside ourselves, there is never true satisfaction or peace.

And as we fall into the embrace of His love, we are reminded of Augustine’s words,

“You have made us for yourself, O Lord, and our heart is restless until it rests in you.”