How Old is the Earth? – by Edward Fudge 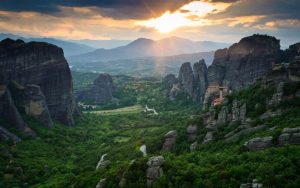 Where did the idea come from that the earth is about 6,000 years old?

There is much confusion on this subject. No wonder, when even some Bibles that print dates in the margins place the Creation of humankind at approximately 4,000 B.C. The first biblical event that can be dated on any historical basis is probably the call of Abram (Abraham) in Genesis 12:1-3, which likely occurred about 2,000 B.C. Such dates in the margins are inserted by the publishers of the Bibles that contain them. These dates reflect the calculations of a Bishop Ussher of Ireland, who lived from 1581-1655 and who based his work on various genealogical lists contained in Scripture.

Ussher assumed that all the lists of generations were complete, something we now know not to be true. The genealogy found in Matthew 1:1-17 skips three generations to state that Joram “begat” Uzziah, his great-great grandson. A genealogical list in Ezra 7:3 omits six generations, as compared to the list found in First Chronicles 6:3-11.

For the ancient Hebrews, “son” also meant “descendant,” and “bore” or “begat” meant somewhere down the line. The purpose of biblical genealogies was not to provide a precise timeline but to show descent, tribal origins or royal or priestly lineage.

The Bible does not answer all our questions, but it tells us everything we need to know to accomplish the purpose for which it is given. That purpose is to reveal God — ultimately and most clearly in Jesus of Nazareth — and to show us our place in the universe, in relation to God, to the rest of creation, and to each other. It shows us that sin is our fault, not God’s, and that salvation from all sin’s effects is God’s initiative and not ours.

Scripture points us to a relationship with the Rock of Ages. It does not tell us the ages of the rocks.