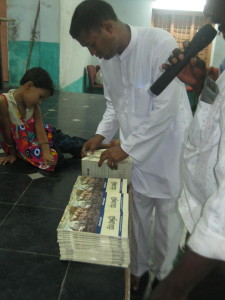 Des Ford’s book, Jesus Only has reached the people of southern India!

The book was carefully translated into the Telugu language, formatted and laid out in Australia, and then 3,000 copies were printed locally in Andhra Pradesh. Telugu is the main language of several states in southern India.

The book has been much anticipated by listeners to GNU’s weekly gospel television broadcast, as well as the many people who are learning about the gospel and coming to Christ through the prayer meetings run by Pr Joseph Usala.

The book Jesus Only was written by Dr Ford to encapsulate his seminary teachings on the life of Christ. It was then providentially abridged and simplified by Pr Ritchie Way. And from there is has gone to the world as a tremendous blessing to thousands. 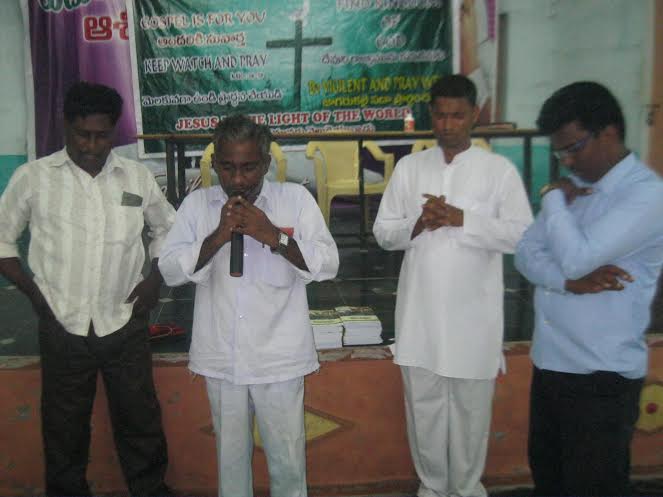 Christian pastors praying that the books will help bring the gospel to needy hearts. Pr Joseph is second from the right.

We are praying that the book will help the message of the gospel – that salvation is through “Jesus Only”  – to be heard and accepted by many more people who still do not know the love of Jesus. These are people who do not have access to the internet, and so the printed word is one of the best ways in which they can be reached.

Thank you for your prayers for this ministry, and for your gifts that make it possible. We are praying that one day we will be able to print 30,000 gospel books for India instead of 3,000. I believe that that day will come soon.

The photos below are from the very first time that the book was put into the hands of the people in Gudiwada, Andhra Pradesh. This was at one of Pr Joseph’s prayer meetings.

A group of women who have just received the book, ‘Jesus Only.’ 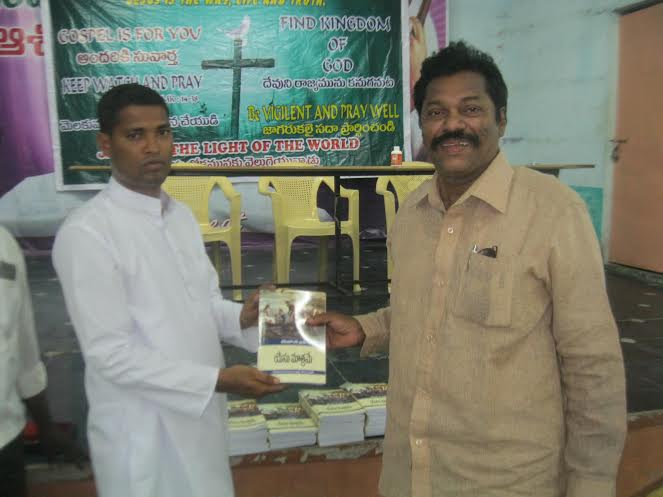 A man joyfully receives the book, ‘Jesus Only.’

Dear Salomon I will put you in touch with our the GNU Pastor in Andhra Pradesh. Grace and peace Eliezer Gonzalez