One Mighty Act that Includes All 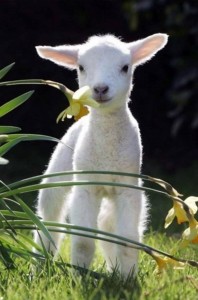 Did Jesus actually accomplish a once-for-all atonement and, as a result, set sinners everywhere right with God? Or did Jesus’ work merely make it possible for sinners to enjoy at-one-ment with God if they follow through, correctly and precisely, so that they complete what Jesus only started? We find answers in the opening words of a single sentence: “God was in Christ, reconciling the world to himself” (2 Cor. 5:19). From the moment of the first human sin and even before, restoring right relationship between sinners and God was top priority on God’s personal list of things to do. This job was too important to delegate it to any angel, much less to any mere mortal. God assigned this task to Jesus of Nazareth, his anointed Servant and incarnate Son. And when Jesus carried out this job, he accomplished it once for all time.

The Old Testament story of Israel provides a helpful analogy. When God was ready to liberate the Israelites from Egyptian slavery, he did not execute a series of regional rescues. He certainly did not send Moses through Israelite neighborhoods passing out Wilderness maps, or distributing instructions on making a dry path through the Sea, then releasing all the water and drowning a few Egyptian soldiers in the bargain. No indeed! With one mighty sequence of divine demonstrations, God delivered all his people from slavery in Egypt. At Sinai, he identified himself as the God who had done that very thing, and he informed the liberated Israelites how to live henceforth in response to the gracious thing he had done on their behalf.

In a similar way, we announce that God has set the world at-one with himself through Jesus, urging hearers not to “receive the grace of God in vain” but to “be reconciled to God” (2 Cor. 5:20; 6:1). In other words, we beg the world not to reject their reconciliation by continuing to live as if nothing had even happened. Everyone is included but not everyone finally enjoys God’s company forever. Those who entrust themselves to God in Christ will not perish, but those who knowingly and persistently refuse to believe God will finally do exactly that. Those who perish did not merely pass on a good offer. They looked straight at a finished salvation that cost God more than we will ever know or understand. Then, with pride and disdain they rejected it as worthless, and intentionally they turned and walked away (Heb. 2:1-4; 6:4-8).