Have You Read Your Father’s Will? 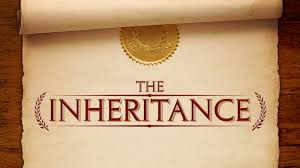 Do you know that when Christ died He willed to you the most awesome inheritance ever? He left you a domain to rule, a kingdom to be a part of and an abundant life to live. You in Christ are an heir of Christ’s kingdom. We know that you only get an inheritance when your benefactor dies. The Bible tells us that while we were yet sinners, Christ died for us. That condition has been met.

Have you read your benefactor’s will and testament and are you claiming what is rightfully yours? Are you behaving like a pauper or like the child of the king of the universe? Driven by a legalistic code of practise you cannot ever come to fully appreciate what is yours. A legalist has no idea what he has been gifted for he does not work on the premise of a gift but on one of fear of an unpaid debt. He thinks the bank still owns the house, and he’s enslaved because there’s a huge mortgage on it which it will take a lifetime to repay – if he’s lucky. He hasn’t read his Father’s testament – everything I have is yours, not a slave but a son, not a debtor but a daughter.