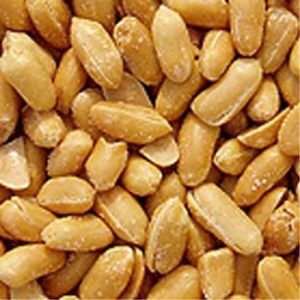 Jesus suggested to his followers, a way of being in the world which he knew would bring much good to society. “You are salt,” he said. “You will season, preserve and add flavour to human existence.” His words have turned out to be remarkably true. Wherever men and women have had Christ to inspire and guide them, the building blocks of civilized life have been strengthened.  On the contrary, where Christ has been banished from the common life, evil has been encouraged.  The Nazi experiment and the Soviet Union under Marxist ideology come to mind. The dark side of human nature was comforted, the demons came out to caper, and unspeakable horrors ensued.

It is the nature of the case that salt constitutes only a tiny fraction of the total mass. Even so, its effect is far beyond its size or weight. It works best, not by clumping closely to other salt crystals, but by spreading itself out far and wide. A single Christian disciple befriends a person whom most others avoid. In so doing he adds a redemptive element to the situation. Another believer quietly affirms her faith in a setting where God is only ever mentioned in scorn. She introduces something refining into her coarse environment.

George Washington Carver was born a slave near the end of the Civil War. His mother died during the violence of that era, and he was raised by his mother’s owner. He came to know and trust in God. This helped him not believe many unfair and untrue things which were said about him.  He learned to make pie from peanuts and salad from weeds. He painted pictures using native clays. He became a concert pianist and toured the country raising money for the obscure college he worked for. His genius in horticulture brought new life to millions of spent acres.

When he died in 1943, the New York Tribune wrote: “Dr. Carver did more than find hidden merits in the peanut and the sweet potato. He helped enlarge the American spirit. Such greatness partakes of the Eternal.”

George Washington Carver lived the meaning of Jesus’ teaching about salt.  Despite immense disadvantages he seasoned the world he found himself part of. The same blessing of being useful is Christ’s gift and privilege to all who put their trust in him.