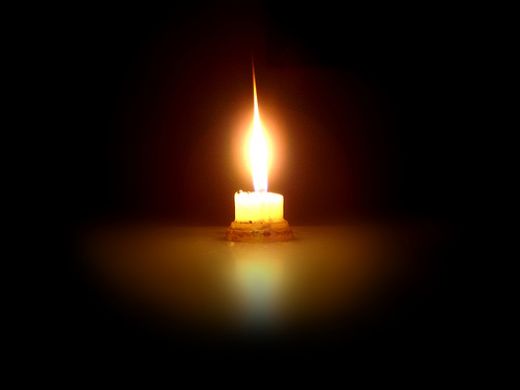 In Genesis 15, the Lord tells Abraham about the everlasting covenant, which includes heirs and an inheritance but, first of all, suffering. In verse 13 he says,

Abraham, your descendants will be sojourners in a land that is not theirs. They will be slaves there; they will be oppressed for 400 years, then I will bring judgment on the nation they serve. Afterward they will come out with great possessions.

But then the Lord promises by symbolism that he will b ring salvation. In verse 17 it says,

When the sun had gone down and it was dark, behold, a smoking fire pot, a furnace and a flaming torch passed between the pieces and on that day the Lord made a covenant with Abraham.

What is the meaning of the smoking furnace and the flaming torch? God is just, which is scary because I have done many unjust things, in my the mind and in my thoughts. God is just; that is the furnace: the holiness of God that must purify, refine, purge, must judge, and must punish evil. But then the light comes – the attractive light that scatters the darkness; the light of the love of God.

God is both law and love combined. God is justice and God is mercy. They are both true. There is the furnace of justice that must purge out sin, whatever the cost. Without holiness no one shall the see the Lord. It is a fearful thing to fall, with sin, into the hands of the living God.