What is the greatest story never told? 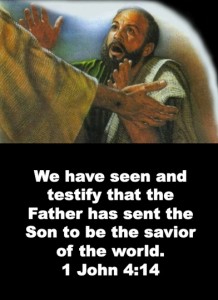 Read this aloud. You can palpably feel the excitement of the story of Christianity when told by someone who knows what they are talking about. The same writer, John, wrote that,

They gained the victory over him [the accuser] on account of the blood of the Lamb  and the word of their witness.  Love for their own lives didn’t make them afraid to die.” – Rev 12:11

One of the biggest challenges I face is encouraging people to tell their story of how they found the Gospel and of what Christ has done in their lives. Truly. Christians seem to think that being a Christian consists in sitting in meetings and supporting the right causes. Not really. According to the New Testament, the essence of Christianity consists in telling your story. That’s what the gospel is all about. It is a story that is crying out to be told.

Early Christianity grew, because people were willing to tell their story. They were even willing to stake their lives for the truthfulness and goodness of this story. In fact, in Rev. 12:11, the Greek word for “witness” is marturia. It is the same word for “martyr.”

But legal witness is never entirely voluntary, is it? Whether or not you want to tell your story, the point is that you are legally obligated to do so. You have been sub-poenaed by the blood of Christ. The love of Christ constrains us… and compels us.

“We have seen and testify that the Father has sent the Son to be the savior of the world.” 1 John 4:14

You can only testify that the Son is the Savior of the world if he is your savior as well.

The greatest story never told could be your story.

Have a look at the stories on this web page here.