The Rock of Your Identity 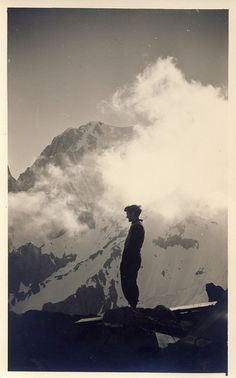 Matthew 16:13–18, Jesus asks his disciples, “Who do you think that I am?” And then He proceeds to reveal to His followers what is the true basis of the church; indeed of Christianity itself.

How did the Church of Christ of the Latter Day Saints, otherwise known as Mormons, begin? It began when the angel Moroni gave him the golden plates of the Book of Mormon on Hill Cummorah. It was a private revelation to one individual. He then told others, and others believed his story.

How did Buddhism begin? Guatama Buddha sat under a bodhi tree until enlightenment came to him. It was a private revelation to one individual. He then told others and others believed his story.

How did Islam begin? It began with Allah dictating the Koran to the prophet Mohammed. It was a private revelation to one individual. He then told others, and others believed his story.

These were all private revelations to one individual. He then told others, and they believed his story.

Consider how different are the origins of Christianity. It was no private revelation given to one individual whom others believed!

Everything Jesus did, He did publically. Christianity is build upon the publicly revealed identity of Jesus Christ – an identity that can be historically attested. Christianity is based on the life, death, and resurrection of Jesus.

Christianity grew because there were thousands of people on the Day of Pentecost willing to stand up and testify that Jesus Christ had indeed risen from the dead. That Jesus was precisely whom He had always said He was, “the Christ, the Son of the Living God.” Christianity grew because even in the 50s, in the circle of people known to the church at Corinth, Paul could still point out 500 eyewitnesses of the resurrected Christ, and could say, “If you have any doubts, go and ask them.” Christianity grew because for generation after generation, thousands upon thousands were willing to die as martyrs for the truth that they had seen, that their parents had seen, that their grandparents had seen the risen Christ.

And the fact that Jesus Christ has risen from the dead, the fact that the gates of hell could not overcome him either, is the ultimate guarantee of His identity, that everything he said, and everything he claimed was true, and that He has indeed died for your sins, and that He is indeed the only way to God. The Christian faith is never blind. That’s why its’ called Christian. Because it has an object, and that object is Christ, and Christ is rock-solid.

I want you to say with Peter, “You are the Messiah, the Christ, the Son of the Living God!” Your identity stands or falls on the identity of Jesus Christ. Learn to stand on it. Feel how solid it is under your feet. Learn to depend on it.

Because in this wishy-washy world, you’re going to need it.