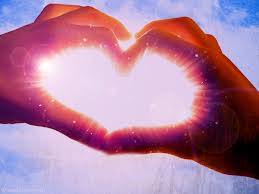 It is during adolescence that we first become aware of the rewards and exhilarations of friendship. It is the beginning of something which will mature into the abiding satisfactions to be had in the appreciation of other selves. Rich indeed is the one who can count many as friends.  My wife often remarks to me, “I wish you could have known my grand dad; you would have liked him a lot.”

It is given to human beings, not only to know one another, but to know God. The Bible teaches that knowing and enjoying God is the supreme human possibility.  God has made it so; he has revealed himself.

Years ago ponies were used to haul coal in Welsh mines. They lived underground all their lives. They were almost blind; having never seen daylight. Never did they go sporting and bucking in green meadows. They plodded out their days in cramped darkness, never cultivating their inherent capacities.

Similarly, the individual who never learns God, never sees the light. He dwells in a kind of darkness. Early Christians used ‘light’ as a metaphor for the gospel: “ . . . To open their eyes and turn them from darkness to light, from the power of Satan unto God . . .”(Acts 26:18).

Scripture reveals God, but it also Chronicles the slow upward journey of men and women in getting to know God. Early parts of the Bible contain evidence of crude and immature notions of God (eg 1 Samuel 15:3). The New Testament faith is that God made himself known in Jesus of Nazareth to an extent unequalled in any previous revelation. Ever since, Christians see God through the prism of Jesus. God is forevermore the Father of our Lord Jesus Christ.

Christians believe that God has come close to them in the humanity of Jesus. They draw near to God as they learn Jesus. Their friendship with God expands as they grow in familiarity with him.

In Jesus, the prevailing characteristic of God is—love.  Paul, having begun to know the love of God in Christ, realized that it was so big, so powerful, so inexorable—that it could never be fully grasped by the human intellect (Ephesians 3:19). It’s always possible, therefore, to know HIM better.

“I keep asking that the God of our Lord Jesus Christ, the glorious Father, may give you the Spirit of wisdom and revelation, so that you may know him better”(Ephesians 1:17).