Who Will Worship the King? 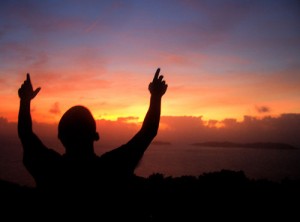 According to Matthew 2:3, Magi from the East called on king Herod and asked him where they might find the one “born king of the Jews.”  Herod was very disturbed by this enquiry, and so was the whole Jerusalem community. Imagine a diplomatic mission arriving at the White House from a foreign nation, and asking the President: Where can we find the one born to be ruler of America?

Herod’s disquiet is understandable. He no doubt sensed the arrival of a threat to his power, but what of the people? Why were they disturbed? Perhaps they feared that an outbreak of Messianic enthusiasm would provoke Herod to atrocities against the people.

Sometimes it happens that an individual undergoes a genuine spiritual revolution. The meeting can be occasioned by a traumatic life event. The person encounters Christ in the ordeal and, to his joy, finds him to be an unfailing friend; a safe and sure place in good times and bad.

He decides to seek out the company of others who have had a similar experience. He goes to church but is baffled to discover no one there interested in Jesus. In fact, they seem a bit uncomfortable talking about him.

Perhaps the Magi were similarly non-plused when they came to Jerusalem to looking for Christ. Herod and the people seemed afraid that Christ would upset their world; that he would claim a sovereignty that they were not ready for. How right they were!

It is Matthew who includes the story of the Syro-Phoenician woman who desperately sought Jesus’ attention. Jesus highlighted her vehement desire by telling her at first that it would not be right for him to give the ‘childrens’ food to the dogs. But she was not dispirited by the apparent snub. She retorted that she was content to be a dog if only to taste a crumb of what Jesus had to offer. Jesus used that woman’s faith to show up the apathy of the people of Israel.

In counselling with Israel’s religious teachers, Herod found out that the birth place of Israel’s expected king was Bethlehem. We are not told that any of the teachers went to Bethlehem to see what, if anything, had happened there. They knew the Scriptures but had little interest in the One revealed therein.  Jesus, later, famously commented on this phenomenon: “You search the Scriptures because you think that in them you have eternal life—but these are the Scriptures that testify about me”(John :5:39,40).

Israel’s priest’s and teachers were custodians of a spiritual tradition which was in advance of that possessed by the Magi. God had given Israel many privileges. Yet it was the Magi and not the children of Abraham who were first to worship their king. The light that shone on the men from the East was dim—but they followed it to Jesus.