Why Are the Missing Links Still Missing?

For over a century and a half, paleoanthropologists have searched for the supposed ancestors of modern man. Occasionally, a very small bone has been magnified in significance and turned into a “missing link”. But one by one, all of these have been dismissed as invalid. Even Dubois, discoverer of the Java man, changed his mind and said his relic came from a gibbon. Richard Dawkins has made much of “Lucy” as our supposed ancestor, but the experts do not agree with him. Lucy had no capacity to walk as humans walk.

The most up to date reliable presentation of the fossil hominid (the group that includes humans, all modern great apes and a number of their extinct ancestors and relatives.) record is the recent four-volume set The Human Fossil Record published in 2005. Its authors are the acknowledged top men in the field: Ian Tattersall and Jeffrey Schwartz. Their conclusions have shocked scientists in general:

Our science still labours beneath the heavy hand of the received wisdom that is becoming threadbare …. There is no doubt in our minds that if the hominid fossil record that has been laboriously unearthed over the last 150 years were to be discovered all at once tomorrow, the resulting picture of hominid phylogony would look completely different to any that students are taught today. … It is becoming clearer that any substantial progress in paleoanthropology will involve abandoning traditional scenarios of human evolution, and require rethinking the structure of the human fossil record from the ground up. … It is at the very least clear that the systematic framework we currently underpin our notion of human evolution is inadequate …  some at least of what we believe today is wrong. (Vol.4, pp. 510-513).

Years earlier, one of the authors, Jeffrey Schwartz wrote a very significant work entitled Sudden Origins which, no doubt, helped pave the way for the later set and its scientific confessions. Here are some of the revolutionary conclusions:

(From the cover)
The greatest riddle of evolution has been the following puzzle: while Darwin argued that new species emerge through a slow, gradual accumulation of tiny mutations, the fossil record reveals a very different scenario – the sudden emergence of whole new species, with no apparent immediate ancestors.

(This is the theme of the entire book).
Where is the trail of intermediates, of missing links …? The typical paleontologist’s answer has been, simply, that these fossils haven’t been found yet. … The explanation goes on, the vicissitudes of preservation and fossilization have—though hopefully only temporarily—continued to thwart paleontologists who have attempted to fill in these annoying gaps. …This explanation was first articulated most fully more than a century ago by Charles Darwin. …

Although paleontologists have, and continue to claim to have, discovered sequences of fossils that do indeed present a picture of gradual change over time, the truth of the matter is that we are still in the dark about the origin of most major groups of organisms. They appear in the fossil record … full-blown and raring to go, in contradiction to Darwin’s depiction of evolution as resulting from the gradual accumulation of countless infinitesimally minute variations … (pp. 2-3). 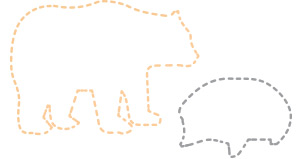 The very next page mentions the well-known geneticist William Bateson. “After years of field studies, however, he was forced to admit that he could not find any support for Darwin’s suppositions…. (he) became further convinced that Darwin’s evolutionary explanations were incorrect.”

On page 18 the author points out that one famous supposed missing link “was actually a fossil ape and not a hominid at all.” And on the same page we read:

The rest of the book is in the same vein. But another, supremely important subject is broached on page 241:

Lyell’s application of uniformitarianism led him to believe that geologic change was gradual. Darwin embraced Lyell’s gradualism and applied it to his vision of evolutionary change. If Darwin had been a uniformitarian like de Vries, and had been impressed by the abrupt appearance of change, then he, like the Dutchman, and Huxley as well, would have favoured a saltational model over that of gradualism. [Saltationism has to do with origins by jumps: it is defined as a sudden change from one generation to the next, that is large, or very large, in comparison with the usual variation of an organism.]

Let me explain the import of the preceding paragraph. Charles Lyell was the most famous geologist in Darwin’s day and his personal friend. Uniformitarianism was the prevailing scientific theory that natural changes were gradual and therefore required almost infinite time. Nowadays no scientist believes in absolute uniformitarianism and acknowledges that catastrophes have on occasion accomplished great changes in nature. Because Darwin trusted the expertise of Lyell he applied to evolution the basis theory underlying Lyell’s work. In other words he became certain that the evolutionary process by which humans arrived was a very gradual one. So emphatic was Darwin on this matter that with each new edition of his classic, he enlarged the time period required for evolution. This led to his loss of support from many, if not most contemporary scientists. It is clearly the case that all of Darwin’s work was based on error.

Both Tattersall and Schwartz are committed evolutionists. How can that be when they acknowledge the difficulties of the popular theory? The answer is simple: evolution is the only game in town for those who reject Genesis. Schwartz finds his solution in an as yet unproven theory.

Those who wish to pursue this matter further should read the chapter on the fossil record in Michael Denton’s Evolution: A Theory in Crisis. I am in the habit of challenging friends who believe in Darwinism to study this chapter and retain their confidence in Darwinism. May I suggest you do likewise after reading Denton’s chapter?
DES FORD