Are You Living in Antioch Today? 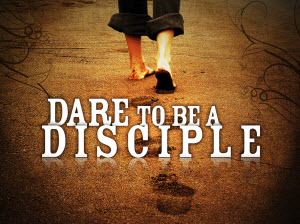 Jesus didn’t create a special name for His followers. He referred to them as disciples and believers, followers and friends. Jesus didn’t even really call them his “church.” The word “church” (kirche) is actually a word that came into Christianity centuries later and was unrelated to the Greek word ekklesia (“an assembling together”).

In the very earliest years of Christianity the followers of Jesus didn’t really have a name. They were too busy spreading the news that Jesus had risen from the dead, and that Jesus was Lord of all, to worry about those kinds of technicalities.

Those people who insist today that there is only one right name for God’s church don’t have the Bible on their side. One of the earliest names that the followers of Jesus used to refer to themselves was “The Way” ([tippy title=”Acts 19:8–9″ class=”myclass” showheader=”true” href=”http://www.biblestudytools.com/tniv/acts/19-8.html” width=”auto” height=”auto”]8 Paul entered the synagogue and spoke boldly there for three months, arguing persuasively about the kingdom of God.[/tippy], [tippy title=”22–23″ class=”myclass” showheader=”true” href=”http://www.biblestudytools.com/tniv/acts/passage.aspx?q=acts+19:22-23″ width=”auto” height=”auto”]22 He sent two of his helpers, Timothy and Erastus, to Macedonia, while he stayed in the province of Asia a little longer.
The Riot in Ephesus
23 About that time there arose a great disturbance about the Way.[/tippy]). “Nazarenes” was also a name that was used ([tippy title=”Acts 24:5″ class=”myclass” showheader=”true” href=”http://www.biblestudytools.com/tniv/acts/24-5.html” width=”auto” height=”auto”]5 “We have found this man to be a troublemaker, stirring up riots among the Jews all over the world. He is a ringleader of the Nazarene sect[/tippy]). So the earliest followers of Jesus used a variety of names to refer to themselves.

But that all changed at Antioch. [tippy title=”Acts 11:26″ class=”myclass” showheader=”true” href=”http://www.biblestudytools.com/tniv/acts/11-26.html” width=”auto” height=”auto”]26 and when he found him, he brought him to Antioch. So for a whole year Barnabas and Saul met with the church and taught great numbers of people. The disciples were called Christians first at Antioch.[/tippy] says that, “[t]he disciples were called Christians first at Antioch.”

And notice that the disciples didn’t call themselves “Christians.” They were called “Christians” by others. Because all they talked about was Christ. All they shared was Christ. They breathed and ate and drank Christ. Because Christ had died for their sins, Christ had risen from the dead and was among them, and Christ was Lord!

And when others looked at these people – contagious with Christ – they naturally called them “Christians.” It doesn’t matter so much what you call yourself; if matters much more what other people call you.

Wherever we may be today, we need to be living in that place – in Antioch – where other people will call us “Christian.” Because we are so filled with Christ that they will be able to come up with no better name than “Christians.”

We need to be living in Antioch. And then from Antioch the gospel will go to the world.