God in our Midst

There are so many wonderful men and women in the Bible.  David, Daniel, the apostles of Jesus, Job to name but a few.  But without a shadow of doubt, the central figure of the Bible is Jesus.  He was the centre of God’s revelation to man and the Bible is full of revolutionary claims about Jesus Christ The Scripture proclaims: 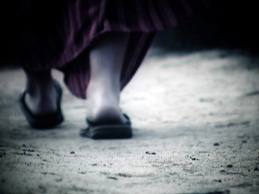 “Long ago God spoke in many different ways to our fathers through prophets [in visions, dreams, and even face to face], telling them little by little about his plans. But now in these days he has spoken to us through his Son to whom he has given everything, and through whom he made the world and everything there is.” (Hebrews 1:1-2).  Jesus claimed to have pre-existed the people he spoke with. The apostle John-who shared bread with Jesus-wrote that Jesus was with God in the very beginning, and that “all things came into being through him, and without him not one thing came into being.” (John 1:1-5)

God in our midst walked the dusty roads, preached the kingdom of God, healed the blind, the deaf, the lame, raised the dead and by his death divided history into AD and BC.  In his famous book Mere Christianity, C.S. Lewis makes this statement, “A man who was merely a man and said the sort of things Jesus said would not be a great moral teacher. He would either be a lunatic–on the level with a man who says he is a poached egg–or he would be the devil of hell. You must take your choice. Either this was, and is, the Son of God, or else a madman or something worse. You can shut him up for a fool or you can fall at his feet and call him Lord and God. But let us not come with any patronising nonsense about his being a great human teacher. He has not left that open to us.