Hey! Who Are You Talking To? 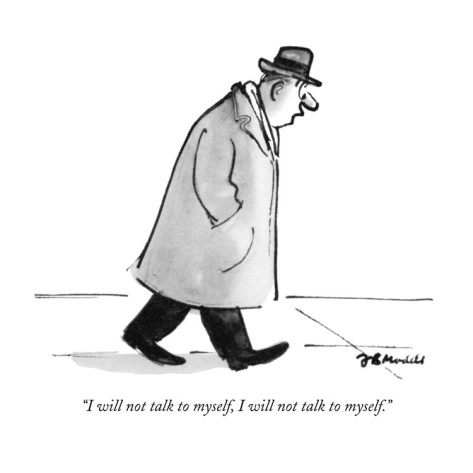 I have a secret to share with you about myself.

I talk to myself.

One day, Bob and Fred were walking together then Bob started talking to himself…

Fred: People will think you’re crazy if you keep talking to yourself.

Fred: Oh, I wasn’t talking to you…

But there is hope for those of us who talk to ourselves. Some recent studies reveal that the seemingly irrational act of talking to yourself actually improves cognitive function. Apparently it helps with focusing and sequencing and the completion of tasks. It is during infancy, when people are learning the most, that they also talk to themselves the most.

When you talk to God in prayer, He is more real than the last person you spoke to. He is closer to you than any mother, father, sister, or brother. And he listens to whatever we ask.