Living Under the Wings of Protection – by Ritchie Way 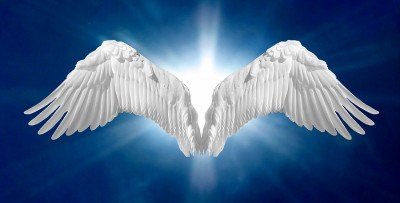 O Jerusalem, Jerusalem, you who kill the prophets and stone those sent to you, how often I have longed to gather your children together, as a hen gathers her chicks under her wings, but you were not willing. Look, your house is left to you desolate. For I tell you, you will not see me again until you say, ‘Blessed is he who comes in the name of the Lord.’ (Matthew 23:37-39).

What a comforting picture Jesus paints of a hen gathering her chicks under her wings to protect them from danger. After a disastrous bush fire in Australia, a man searched through the ashes of his house looking for any valuables that may have been spared the conflagration. Seeing the charred feathers of a hen he turned it over with his boot, and out scampered several chicks. The hen gave her life for her brood. And the Lord gave his life for his children. But there were many who spurned his offer. To them he said, ‘Look, your house is left to you desolate of my presence’.

Earlier Jesus referred to the temple as “My house” (Matthew 21:13), but they usurped the reign as the one to whom the temple belonged. Jesus left them to it, but they wouldn’t have it for long because the Romans would come and destroy it.

The Romans ignored the temple until the Jews used it as a fortress to fight against them. From that point forward, the invading army systematically tore the temple apart until not one stone remained upon another.

Jesus is the Lord who protects us from disaster as a hen protects her chicks with her wings. He does not force us to seek his protection, but it’s available for all who are willing.