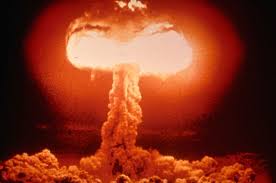 They have their end-time prophecies all worked out, and they are constantly scanning world events trying to make the pieces fit into their understanding of prophecy. Every few years great excitement breaks out as something happens in the political, military, social, or religious world that they believe is the BIG ONE – an event that demonstrates that their particular prophetic understanding is correct – an event that demonstrates that the end of the world is about to hit us.

This is not a new phenomenon. It happened with the Jews in the time of Christ as well. For them the coming of the Messiah signalled the end of the world.

Could it be that there are Christians today who are repeating the same mistakes that the Jewish people made? Could it be that we have lost sight of the great purpose of prophecy, of why prophecy was given in the first place, which was so that when we have seen the prophesied events happen, that we might believe in Jesus Christ? John 13:9. The purpose of prophecy is to point us to Jesus.

We can spend all our lives looking for Armageddon and miss out on Jesus.

Would it not be better to be more like those Greeks from afar? They didn’t belong to God’s chosen people. They probably didn’t know much about prophecy or the end of the world. But they came to Philip and simply said to him, “Sir, we want to see Jesus.”