Put on Your Make-up! 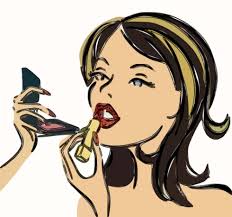 Yes… believe it or not – my wife and children won’t – it’s time for some fashion advice from Eliezer!

Jesus says that he found that people who followed false religion tended to put on their religious face, so others could see that they were in fact religious.

And so, in the Sermon on the Mount, which is His manifesto for how to live a life centred on the gospel, He said this,

when you fast, do not look gloomy like the hypocrites, for they disfigure their faces that their fasting may be seen by others. Truly, I say to you, they have received their reward. (Matthew 6:16)

Now here is an absolutely fascinating thing. The gospel is such good news that it “makes the heart to sing and the feet to dance.” The only gloominess in in it is for those who have rejected it. 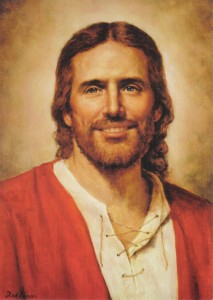 That’s more like it. A smiling picture of Jesus!

Why is it then that so often, churches are filled with gloomy people, who not only put on their sad faces for church, but take their “gloomy make-up” with them wherever they go, because… um… that’s what religious people do.

Jesus calls this “gloomy make-up” a facial disfigurement. And furthermore, he says, they have every right to look sad, because their reward will only be an earthly one!

Then he says, “But when you fast, anoint your head and wash your face” (v.17). That’s what you did when you were happy. What Jesus is saying is, “Put on your happy make-up!”

It’s called the gospel, and it is wonderful because it shines from the inside out. You can’t put it on unless it has penetrated right to your heart.

I also know that Jesus was a “man of sorrows.” But Jesus’ over-riding attitude was one of joy. You don’t get to be clambered on by children continuously by being a sad-sack.

Oh… before I forget, since I am giving you fashion advice… this gospel make-up? It’s unisex!