The Compassionate and Gracious God 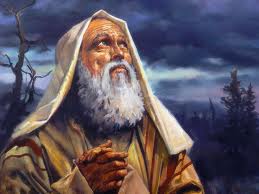 When Abram was in Haran, God visited him and told him he would be the father of many nations, and that the world would be blessed through him. At the time, Abram and his beautiful wife, Sara were childless. When a famine forced this man and his family down to Egypt, Abram knew Sara’s beauty would not go unnoticed by Pharoah’s  scouts. There was a real risk the he might be killed and Sara taken into Pharoah’s harem.  But Abram was a resourceful man! He told Sara to pretend she was his sister. In this way did the patriarch prove that he was willing to sacrifice his wife to the Egyptian ruler’s sexual appetites, just so long as he himself was unharmed.

Abram’s behaviour shocks our sensibilities. He seems brutally dispassionate regarding his wife. We are right to judge Abram harshly here, but as we do so we ought to remember that he reflects human behaviour in general. The Bible characters mirror our own.

Later, Sara rehearses Abram’s indifference to her through her treatment of her handmaid Hagar. We learn of Sara’s plan to supply her husband with an heir by giving him Hagar. When Hagar is pregnant, Sara begins to harass her. So oppressed by Sara does Hagar become, she escapes into the desert towards Egypt, her native land. There, by a desert spring, she is met by the angel of the Lord who speaks tenderly to her:

“I will increase your descendants that they will be too numerous to count. You are now with child, and you will have a son. You shall name him Ishmael, for the Lord has heard of your misery”(Genesis 16:10,11).

The divine emissary who speaks to Hagar is identical with the Angel of the Lord who communicated the divine promise to Abram, and his words are similar too. They include the promise of a male child and a numerous posterity.

Observe the contrast between Abram’s treatment of Sara, Sara’s treatment of Hagar and God’s treatment of them all. When first God spoke to Abram, he was a man without a homeland and without prospects. His situation was not unlike that of banished Hagar.

While men and women rejoice in God’s mercies they are marvellously reluctant to pass them on to their fellows. Over against man’s inhumanity to man; over against oppressive and violent sectarianism, are the broad compassions of God. He moves across the world’s peoples, seeking out the oppressed, the discarded and the ignored; covering them with love and kindness.

The Lord, the Lord, the compassionate and gracious God, abounding in love and faithfulness .(Exodus 34:6).