The Few Against the Many – by Ritchie Way 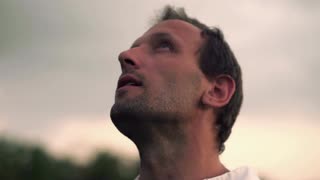 The Lord told Gideon, “With these 300 men I will rescue you and give you victory over the Midianites. Send all the others home.”  So Gideon collected the provisions and rams’ horns of the other warriors and sent them home. But he kept the 300 men with him (Judges 7:7-8).

Forgetting God’s faithfulness to them, the Israelites gave up their faith in Jehovah and worshipped Baal, the god of the Amorites. Their false god wasn’t of help to the Israelites at all.  Whenever their new crops were ready to harvest, the Midianites and Amorites would invade Israel with their large herds and flocks to eat these crops down to ground level. They would trample what remained under foot all the way to Gaza.  Even the animals that Israel had were rounded up and driven to Midian. The Israelites were left with nothing.

After several years of this terrorism, the Israelites became so desperate they cried out to Jehovah for help. In reply, the Lord visited Gideon and told him he had been appointed to save Israel from their enemies. When Gideon protested by saying that he was a nobody in Israel, the Lord countered by calling him a “mighty warrior” (Judges 6:15-24). The Lord would transform him from zero to hero.

Gideon was commanded to choose an army to fight the Midianites, which he did. But the Lord whittled down Gideon’s army until he was left with just three hundred troops. With these three hundred men, he routed Midian and confused the enemy soldiers so much that they slaughtered each other as they fled (Judg. 7:22). And so Gideon set Israel free, not by his own power, but by the power of the Lord.

In August, 480 B.C., just 300 Spartans, under the command of Leonidas, held back the entire invading Persian army at the pass of Thermopylae. If committed soldiers are able to do this, how much more can committed Christians, who are fighting against poverty, hunger and abuse, accomplish  for the Lord in his strength?

God takes ‘nobodies’ and makes them into ‘somebodies.’ His kingdom and his love are for anyone who accepts him. So what are we waiting for? Let’s become somebodies for God.