The Seven Last Prayers of Jesus – by Eliezer Gonzalez 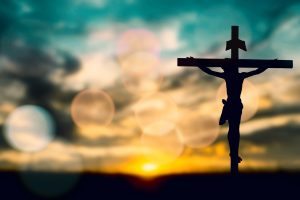 Each of Christ’s seven last words on the cross was a prayer. To whom was he speaking but to God? For whom did he speak but for all humanity?

“Father, forgive them, for they do not know what they do.” This was prayer for forgiveness for a sinful, ignorant world.

“Truly, I say to you, today you will be with me in Paradise.” This was a prayer that spoke of Christ’s saving love for every sinner, no matter the depths to which they may have fallen.

“Jesus said to his mother: “Woman, this is your son.” Then he said to the disciple: “This is your mother.” This was a prayer for a new humanity, created through his own blood.

“My God, my God, why have you forsaken me?” This was a prayer on behalf of all those who have ever felt abandoned by God.

“I thirst.” This was a prayer on behalf of all those who have suffered for the sake of the Kingdom of God.

“It is finished.” This was a prayer that announced a completed atonement for all who believe.

Jesus cried out in a loud voice, “Father, into your hands I commend my spirit.” This was a prayer of total trust in God.

In each of these seven perfect prayers of Christ, there is prefect assurance of salvation for everyone who believes.

Thank you, LORD GOD JESUS CHRIST to overcome our sins on cross!

Seven last prayers on the cross. By Eliezer Gonzalez. Pray is the only key to heaven. Jeremiah 33.3 Call me and., and I will answer you, and show you great and mighty things, which you do not know. In the Garden of Gethsemane teaches us endurance, while fighting for a good cause. Our savior was praying ? to acquire strength in order to save mankind. At the same time we learn about forgiveness from Gethsemane .forgiving others leads us to righteousness. At the same time we learn, how much our savoir. We can be alone in prayer to our heavenly father. When we pray it is a sign of complete surrender to our savoir . We can trust that because of the atonement we can overcome and we will be perfected in him. In this we then wait for his voice tenderly calling us....fear not I will pilot thee. Gethsemane comfort me , whenever Iam in distress . Those seven prayers on the cross means that. Our heavenly father did not abandon his son , our savior, neither will he abandon us. Until we come home. We just have to live in him, to endure. Amen Thank you for this devotion