The Smallest Church I’ve Ever Preached In From R to L: Pr Joseph Usala, Duncan Wood, Eliezer Gonzalez, the pastor of the church.

I will remember this church together, and its not because of its size, although it certainly was small.

I’ve shared the gospel in plenty of home churches and small groups, but this was truly the smallest formal church I’ve ever preached in.

While in India, one Sunday morning, Pr Joseph took Duncan and I to a tiny church in a small village, where I had been invited to preach. The inside of the church, from the front. Duncan is sitting at the back filming.

It was truly tiny! Little more than a dozen people could sit crossed-legged and pressed together under the thatched roof.

I will remember this church forever because of the people’s basic lack of knowledge of Christianity and the gospel.

I was preaching on the thief on the cross, and at the end of my message I asked the congregation, “How long did it take the thief on the cross to be saved?” Being a community-oriented culture, they consulted among themselves for a minute, and then the spokesperson said, “15 years.” I had been hoping that the answer would have been that he had been saved instantly. 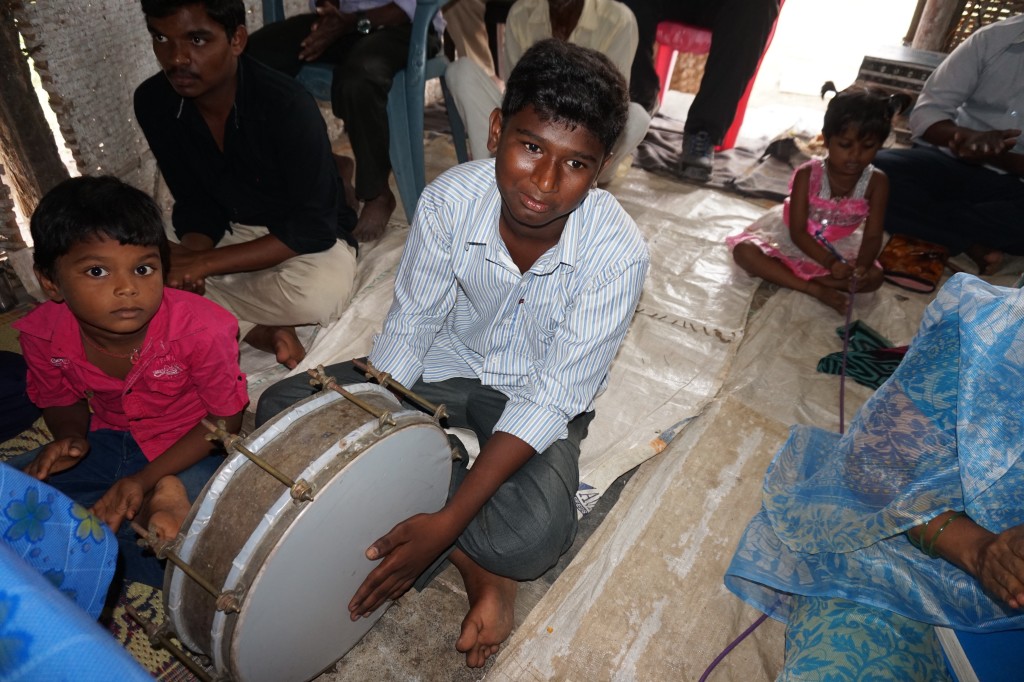 I didn’t want to argue with them or embarrass the pastor of the church, who was sitting next to me, so I asked an easier question, “How many ways are there to God?” After a minute’s consultation, the answer came back, “Three.” I had hoped that someone would have said, “Only one.”

Later I found out that in response to my first question, the people had answered that it had taken the thief on the cross 15 years to be saved, because that is how long they thought it would take to learn all the teachings of Christianity properly, and to have perfected your life sufficiently.

This church is not unusual in India. The pastor of this church, who sat beside me on the little raised platform that served as a pulpit, has never had any training in ministry or theology. He started the church 12 years ago, and the church has never done any evangelistic work – in fact it has done nothing whatsoever outside the little thatched walls of the church building. Yet, these humble and sincere people go there every week, hoping to hear the gospel, hoping to be fed with the good news. Instead, there is little good news to be had.

This little church breaks my heart. I hope it breaks yours. I challenge you so that together, we can shine the light of the gospel in places such as this, so that it will never go out.