What’s Wrong With the Gospel? – by Eliezer Gonzalez 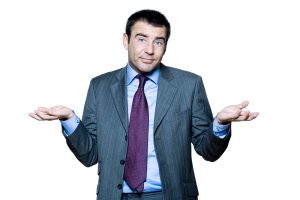 There must be something wrong with the Gospel. Otherwise, why would people keep adding to it all the time? Why do would so many try to reshape it to suit their own ideas?

It was simple to begin with. The Lord Jesus came back from the dead and told his followers to share the good news with everyone that he had died for the forgiveness of the sins of the world, of which his resurrection was the proof, so that all who believed in him would live forever.

For some people, the Gospel became more of a social agenda. Transforming our societies and social structures was what it all became about.

For other people, the Gospel became primarily a community, so if you felt good about the people you worshipped with, then you knew you were on a good thing.

For other people, the Gospel became principally a set of ethical standards for living, so that if you followed them you would stand a better chance of salvation.

Here is the Gospel, from the lips of Peter, shortly after Pentecost, who, filled with the Holy Spirit, said:

…Jesus Christ of Nazareth… crucified but whom God raised from the dead… Salvation is found in no one else, for there is no other name under heaven given to mankind by which we must be saved.” – Acts 4:10,12

Now listen to the words of this crucified and risen One about how this salvation is offered to all:

For God so loved the world that he gave his one and only Son, that whoever believes in him shall not perish but have eternal life – John 3:16.

To surrender to this Christ and to this message is to be right in the heart of God. Commit yourself again to the Good News of Jesus today.