Why Evangelism without “Evangel” is an “Ism” – by Edward Fudge 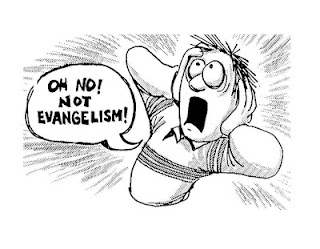 annual “Gospel Meeting,” but he also held them to their advertising. Each year the visiting “gospel preacher” decried the evils of sin, the horrors of hell, and the list of things an “alien sinner” must do to be saved.

J. D. knew that the New Testament word for “gospel” meant “good news,” and he knew that the sermon he just heard would never be mistaken for that. So every year, as J. D. shook the “gospel preacher’s” hand and exited the building, he also left him with a sincere smile and a simple question: “What’s good about the good news?”

Truth is, my old buddy J. D. had a point. The more we read Luke’s summaries of first-century “gospel” discourses, conversations, and maybe even a sermon or two, the more keenly aware we become of several major differences between evangelism as done by the Apostles and their gospel associates in the beginning, and much of what passes for evangelism today.

That said, here is Difference #1: Whatever is going on in Acts sounds more like telling a story and less like giving instructions.

We start with Peter’s remarks to a street crowd on Pentecost reported in Acts 2:14-40, not a sermon but an explanation of a very strange day interrupted by tornado-like noise, flying fireballs, and ten dozen men and women talking in languages they never learned (v, 2-12). The end of the world has started, says Peter; God is dousing all his folks in Holy Spirit, and the messianic mcrophone is wide open to his sons and daughters of all ages (v. 13-21).

This segues into the Jesus story – his good life and deeds, his murder, his resurrection and ascension (v. 22-35). Peter accuses this crowd of complicity in Jesus’ death – the crowd asks what to do – Peter answers their question– 3,000 get baptized that day (v. 36-40).

This is worthy of our imitation and actually simpler rather than more complicated. Finally, this is all “natural” (supernaturally, of course).