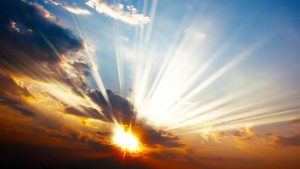 Is there a shortcut for solving the riddle of life? Is there some sure way of testing such pessimistic assertions about human life as Bertrand Russell’s when he declared, “Man is nought but an eddying speck of dust, a harassed driven leaf?” or Sir Arthur Keith’s pronouncement in answer to the question, “What follows this life?” ― “Nothing. Life goes out like a guttering candle.”

There is a shortcut. There is a simple way of solving all of life’s profundities, those enigmas that must needs be settled before effectual living can begin. If Christianity is the truth of God on belief of which the salvation of his creatures depends, we would expect that God would have prepared evidence sufficiently simple and conclusive to convince the sincere seeker of average intelligence.

The most direct route through the labyrinth of religious and philosophical controversy is to answer aright the question, What was the real nature of the man who appeared two thousand years ago in Palestine claiming to be a ransom for the sins of the world?

But what shall we say about the reliability of these ancient records about Christ? How historical are the Gospels? Those who wish to repudiate Jesus as the author of the words put in his mouth in the Gospels have to settle for a group as unique as the central figure they reject. Not only are we challenged by the Gospels to consider this story of a miracle, but there is also the miracle of the story.

Jesus claims to be the Author and Preserver of all life and of all truth, the Fountain of energy, strength and knowledge, of all things good.

Christ’s claims even survived the test of apparent failure. On the cross, after being rejected by his own nation and religious leaders, he could still behave as King of eternity, promising heaven to a penitent criminal and interceding as calmly for his enemies as though he were walking the pavements of a country town on a sunny day.

[It] would appear that this Man’s deeds matched his words. No man ever acted as this Man acted. Could one flaw be found in the fourfold narrative, the whole picture would be blemished and Christ’s claims dissipated. No such flaw exists. Here Jesus of Nazareth differed from all other good men. Thus it has been said of Christ that if he was good, then he was God, for good men do not lie regarding themselves.

– Desmond Ford.  Adapted from “The Shortcut.”