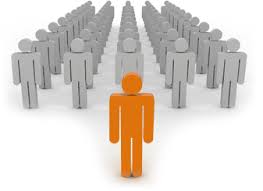 Have you ever seen the Disney movie, “101 Dalmatians”? That many little doggies are hard to hide, aren’t they?

But here’s something even better! The “501 Witnesses!”

After that, he appeared to more than five hundred of the brothers and sisters at the same time, most of whom are still living… – 1 Cor 15:6

Paul indicates here that at the time when he wrote this letter to the church at Corinth there were still more than 500 people whom he knew had seen the risen Lord, and who were still alive. It was basically about 22 years after the event. It’s like Paul was saying, “Well, if you don’t believe me, there’s plenty of other people you can ask!”

There were people who were witnesses – people who were happy to tell anyone and everyone that Jesus had risen from the dead and that because of it, their lives and their world would never be the same again.

But did you notice the title of this little piece? It was “501 Witnesses.” That’s because you are called to be the 501st witness.

After all, you are still alive. And I am assuming that Jesus has appeared to you also. Perhaps not in the flesh, but don’t you know him? Has he never loved you, spoken to you, guided you, reassured you? How much do you believe he is alive? Are you really a witness?

Who will you tell today that Jesus is alive? To whom will you demonstrate, through your love and kindness, forgiveness and grace, that you really do serve a risen Lord?

Mary Magdalene went to the disciples with the news: “I have seen the Lord!” And she told them that he had said these things to her. – John 28:18

May the words of Mary Magdalene be yours.