A Gospel with Disturbances

by Levi James In Judaism the ‘yoke was a well-known metaphor for the ‘law.’  When Jesus invited people to “take my yoke upon you,” he was daring them to transfer to him the moral authority and governance which the law had till then been exercised upon them by the law. 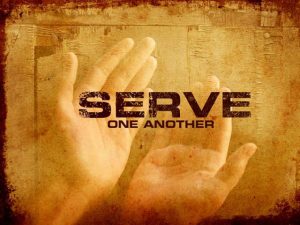 It is a mark of Jesus credibility as a spiritual leader that he does not advocate a religion composed entirely of ritual and devotional routines. The ‘yoke’ is a tool for work and service. Religion that majors in forms or procedures carried out in private or within the confines of a purpose-built enclosure, can become an escape from social responsibility rather than an inspiration for it. The Bible hints at a balance between formal worship and practical godliness at a ratio of six to one. Six days in the cut and thrust of human interaction, and one day for contemplation and renewal. At its best the church spends only a small fraction of its time and resources in assembly. Mostly it is scattered throughout the community; being the church not by being at church. In the home, on the street, at the workbench; only in those arenas, loving and caring, do the songs, readings, prayers, sermons and Bible studies of the worship place come into their own. Jesus does not just model a spirituality which is just for us to use; it uses us. He gives us rest when he forgives and heals our brokenness. But it is a rest which is realized in an allegiance he calls a yoke. Those who find the truest satisfactions of Christ are those who, having received his gifts of mercy, take up the privilege of service. They accept the gospel’s consolations along with its disturbances. The gospel solves the biggest problems of existence while conferring some interim ones—the needs of our fellow human beings. He brings comfort but not ease. When I do not know God and his Son Jesus, I can ignore the suffering of the human race and be glad its them and not me. But having met Jesus, he shares with me his weighty compassion for the multitude. This is his gift to me, as truly as his gift of rest. Levi James.