A World Built on Tears 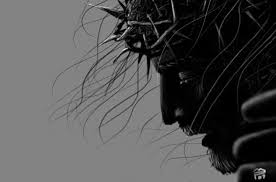 Moral dilemmas – you’re damned if you do and damned if you don’t! I’ve been thinking about them lately. The great Russian writer Fyodor Dostoyevsky, in his novel, The Brothers Karamazov, imagines a classic dilemma between being right and being good.

In the novel, his character asks (and this is a paraphrase), “If you could build a future for humanity so that all would finally be happy and at peace; if you knew that to achieve this, you would have to torture just one single creature… say a little girl, and that you would build humanity’s future on her tears, would you do it?

It would seemingly be right to do it, but would it be good?

And in the book, Alyosha says softly, “No, I would not.”

This important passage has gone on to form the basis of other stories in modern fiction, but even Dostoyevsky went on and recognized something in it that wasn’t fiction. He recognized that there was indeed one innocent person who was sacrificed to build a future for humanity – that person was Jesus Christ. Except that Jesus Christ offered himself as willing sacrifice.

You might say to me, “There must be something very wrong about such a world in which such a thing could happen!”

I would reply to you, “There was, but Christ died so that it might never happen again, and so that you might be at peace.”