My Lord is Lord and King over the entire universe. And what is this kingdom over which My Lord rules? It is so vast and so glorious that our minds cannot even conceive it. But let’s just consider some corner of it for a moment. 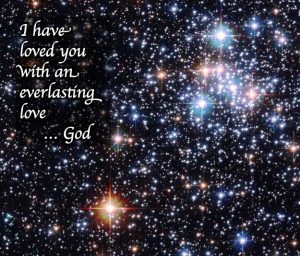 The closest star to our sun is Proxima Centauri. It is very close. It is only 4.3 light years away. Using feasible current technology (ion drive propulsion), it would take 81,000 years for a spaceship to reach it. If we used gravitational assists, travelling at 240,000 kilometres per hour, it might take 19,000 years. See here.

And that was what Jesus was prepared to lose at the cross. Why? For the sake of winning your heart back to His, and to pay the price of your salvation with His own life. And the cross was not just some wild, extravagant, out-of-character statement. It is all about who my God is! Because he is the Lord of Grace.

The psalmist says, what is man that you should be mindful of him? (Psalms 8:4) What is humanity indeed? Sunken in sin, covered in shame, slaves to our past, victims of our future! But here is the gift, that “God so loved the world that He gave His only-begotten Son, so that whosoever believes in Him should not perish but have everlasting life.” (John 3:16.)

The “whosoever” is you and me. God has given the most for the least, so that the least can be the most in Jesus Christ. Jesus risked it all just to hear you say, “Yes Lord, I believe.”