Church Redefined Pt 3 – You Have Power

The way of the world is often at odds with the principles of Scripture, especially when it comes to power. British Historian, John Dalberg-Acton said, “Power tends to corrupt, and absolute power corrupts absolutely.”

The influential American business magazine Forbes, annually lists the world’s most powerful people. Those typically listed include world leaders, CEOs, politicians, military chiefs, media magnates, heads of religion and even drug barons. Though most profess to use their power for good, frequently their power is used for personal gain and to assert control over people and resources.

An examination of church history reveals that the very vehicle designed to help restore the relationship between Father God and His children did not escape the corruptions of worldly power. The Medieval church administered religious structures and practises that disempowered its followers. Today the cultures of church denominations have been influenced by the remnants of ancient traditions, with organisations and leaders often failing to empower the individuals in their congregations.

The life of Jesus presents a different perspective on power, in both its source and its use. Luke 4:1 begins with an interesting statement after Jesus’ baptism, “Jesus, full of the Holy Spirit, returned from the Jordan and was led around by the Spirit in the wilderness.” Here the Spirit of God descended on Jesus and anointed him with power for the work ahead, and his difficult trials with the devil. 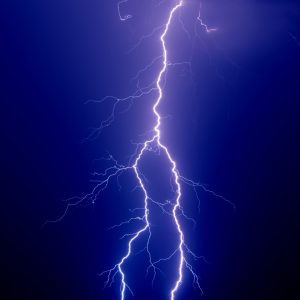 Luke 4:14 takes up the story after the temptation, “And Jesus returned to Galilee in the power of the Spirit, and news about Him spread through all the surrounding district.” After forty days of prayer, fasting and overcoming, Jesus continued to move in God’s power as he began His public ministry.

Luke 5:16-17, says, “But Jesus Himself would often slip away to the wilderness and pray….and the power of the Lord was present for him to perform healing.” And finally in Luke 6:12,19, “It was at that time that He went off to the mountain to pray, and He spent the whole night in prayer to God….And all the people were trying to touch Him, for power was coming from Him and healing them all.”

The astounding nature of these passages suggest a connection between the time Jesus devoted to being in an intimate relationship with His Heavenly Father, and His ability to facilitate that power for the good of others. The last verse implies, that like water from a fountain, those who came to drink Living Water were healed.

The role of the Church, our role, is to continually grow in intimacy with our Creator. This positions us to more fully employ the power of the Holy Spirit to touch the lives of others for Jesus. I encourage you seek first the Kingdom of God, then all these things will be added to you.