Church Redefined Pt 4 – You Have Authority

“God said, ‘Be fruitful, and multiply, and fill the earth, and subdue it; and rule…over every living thing that moves on the earth’” Genesis 1:28.

This foundational scripture suggests that Adam and Eve were commissioned, or legally sanctioned to use natural and supernatural power to govern creation. When our first parents sinned they lost their right to rule, and the title deed to creation fell to Lucifer.

The wilderness temptation of Jesus supports Satan’s ownership over the world, Luke 4:5-8 says, “And the devil said to Him, ‘I will give You all this domain and its glory; for it has been handed over to me, and I give it to whomever I wish.’” It appears that one of the objectives of Jesus’ mission was to win back the authority over creation, and ultimately restore it to His followers. As Jesus was not tainted by the sinful nature of Adam, He was able to act in authority before the cross event. 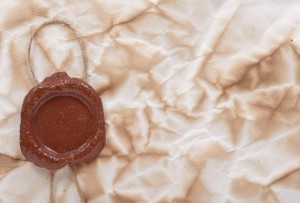 In Mark 1:21-27, we are given some insight into that authority, “They were amazed…for He was teaching them as one having authority, and not as the scribes.” Jesus impressed His audience with revelatory teaching, and supernaturally demonstrated His authority by rebuking and casting out a demon.

We see in Matthew 9:2-8, another example of Jesus’ authority, “But so that you may know that the Son of Man has authority on earth to forgive sins – then He said to the paralytic, ‘Get up, pick up your bed and go home.’” It is interesting to note that before the cross, Christ stated that His authority was limited to earth, and after the cross, declared that His authority also encompassed heaven.

In Luke 9:1-6 Jesus authorised His disciples for the work of the kingdom, “And He called he twelve together, and gave them power and authority over all demons and to heal diseases….Departing, they began going throughout the villages, preaching the gospel and healing everywhere.”

When Jesus released a measure of His own authority and power to the disciples, they were able to restore the Kingdom of God where there had previously been darkness. These training missions gave the disciples a limited experience, which was to be enlarged after Pentecost when each apostle received his own supernatural empowerment.

Finally in Mathew 28:18-20 after His resurrection, Jesus appeared to His disciples and said, “All authority has been given to me in heaven and on earth. Go therefore and make disciples of all nation, baptizing them in the name of the Father, and the Son and the Holy Spirit, teaching them to observe all that I have commanded you.”

Jesus was able to reclaim full authority over heaven and earth, and restore it to every one of His followers. When this authority is combined with the power of the Holy Spirit, the Kingdom of darkness cannot stand.

The role of the Church, our role, is to learn how to think, talk, and act with royal authority. As sons and daughters of the Most High, we have the legal right and power to rebuke Satan and his work, and help restore God’s kingdom on earth. You have the authority, so use it well.