Dealing With What Happens 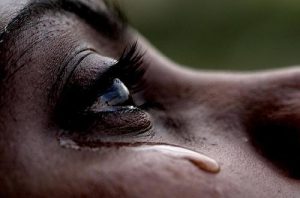 Paul had been a prisoner for several years. During that time he suffered the unrestrained humiliations that are the lot of people in prison. He was kept in cell. He wore chains. In transit he suffered shipwreck. He endured the demoralizing effect of betrayal by fellow Christians.  Normal people would probably consider that Paul had every right to complain about how things had gone for him. Yet evidence of such aggrievedness is lacking in Paul’s writings. There is a remarkable absence of self pity.

Evidence within his Philippian letter suggests that Paul’s friends in Philippi were fearful for his well-being. They knew he might not live past his appeal to Caesar. Yet far from exhibiting concern for himself Paul’s mind was alive with thoughts of their welfare.

On his first visit to Phillipi, Paul had shared a  prison cell with his colleague Silas. While other prisoners had cursed, the two missionaries sang hymns and prayed to God. Believers and unbelievers shared the same fate in that jail. The difference lay not in what was happening, but in what Paul and Silas made of what was happening. They accepted their situation, not because it was good, but because of the good being served by their imprisonment.

There is no escape from ‘what happens.’  The world is inhabited by millions with a thousand different thoughts and views about the nature and purpose of existence. But there is no getting away from happenings—not for anyone. So what do you make of what has happened, is happening, to you?  Do you fight against it discontentedly and angrily? Or are you able, by your interpretation of the events of your life, to press them into the service of ideals and values you believe are worth suffering for?  Faith in God, and in his Son Jesus have enabled others to do this very thing.