I saw a sign outside a church as I drove into the GNU Office this morning. It said, “The best way to start forgiving someone else is to recall your own faults.” 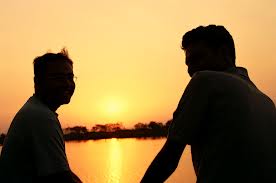 Recently, I became aware that a pastor whom I knew had preached a sermon about me to another group of pretty high-powered pastors. The message was about the gospel, and how I believed and taught a false, misleading, and deceitful gospel. My name was mentioned prominently.

I sought some advice as to how I should handle this. I was told to insist that this man offer a public apology to me from the same pulpit from which my name had been blackened. I was also told to challenge him to a debate.

I thought that these were great ideas. There was nothing wrong with them. And I do love a good debate.

This same pastor came to see me recently to discuss his differences of opinion with me. He had earlier sent me a copy of his sermon. I told him that after carefully reading his sermon, I largely agreed with most of what he had to say about the gospel. We agreed on the essentials. I told him that what I didn’t agree with was how he assumed that I held views about the gospel that I did not hold, and with how he had publicly gone ahead and attributed these views to me, and condemned me without checking with me first.

He told me some of his life story. I recalled that I had once been a zealot as well. I told him some of my life story, and about how God had called me to Good News Unlimited.

He asked me to forgive him, because he had not understood, and how he had not acted correctly. We prayed together, and he confessed his sin before God. We embraced, and I freely forgave him. He is a good man who loves the Lord. Maybe there are times when a debate is appropriate – but not this time.

What right do I have to insist on anything more, when Christ freely forgave me while I was yet lost in sin? Indeed. The best way to start forgiving another is to recall your own faults.

Although it would be nice if the people who heard that sermon knew as well, for me this was much better than a public debate. That would have largely been about egos. This was about Christ and the attitudes he expects us to have. I give Him all the glory.