He Loved Them to the End

Now before the Feast of the Passover, when Jesus knew that His hour had come that He should depart from this world to the Father, having loved His own who were in the world, He loved them to the end. – John 13:1, NKJV 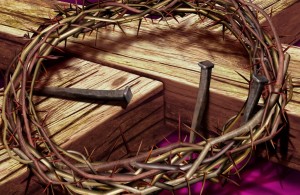 The scene is that Jesus had just arrived in Jerusalem for the last time. He knew it was the last time. He had known it for a long time, but now that he was surrounded by the sights, sounds and smells of the city, the realization that He would soon be beaten, flogged, and crucified hit him hard. This text describes the attitude of Jesus just before the Last Supper. The thought of what he was about to do, and the weight of the awesomeness of the burden that he would carry almost overwhelmed him.

Having loved his own who were in the world, he loved them fully.

What the text means is that Jesus loved them to the uttermost. It is extreme love. Think about it. It is not just a love that goes beyond what we can understand or beyond what we have experienced. However you might want to define love, Jesus takes it to the absolute max, in a way that only the divine heart of bottomless love can do. Jesus takes love to the end.

And who is it that Jesus loves? “His own who were in the world.” He was talking about his disciples, with whom he was about to eat the Last Supper. From among them he was about to be betrayed, denied, and abandoned. Yet still he loved them to the end.

He was talking about you and me, by whom he has been betrayed, denied, and abandoned. Yet he loves us to the end.

Whatever the extremity of love may be for you, that’s how Jesus loves you.