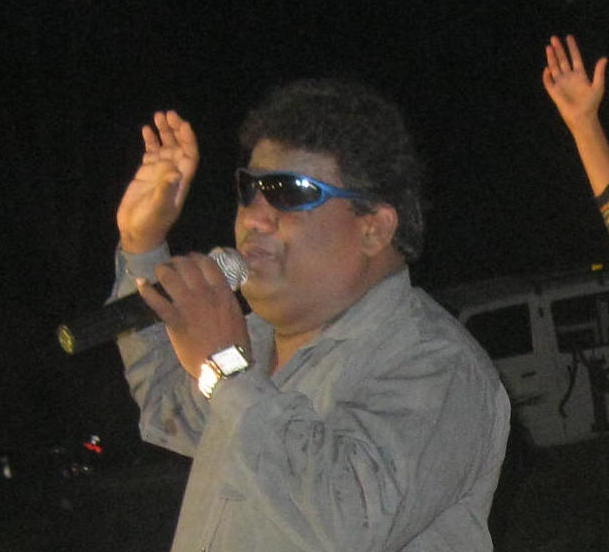 David now sings only for Jesus

David Raj was born blind in India, and so his parents abandoned him in the streets when he was an infant. Street people found him and looked after him. As a child and into adulthood, he struggled to survive by begging in the street, railway stations and the bus stations. He would sing songs from Bollywood, begging for his daily food, and sleeping on the footpaths and railway and bus stations.

One day as he was begging on the streets a Christian pastor who was passing by requested that he sing a Christian song. Then the pastor said to David, “If you come with me, you will only sing songs about Jesus, and you will beg no more.

So the blind man listened the words of the pastor and went along with him. God gave David the gift of singing songs about Jesus, and he began singing in small prayer meetings from village to village, and then he became a very famous Christian singer in the surrounding region. Now David is very busy singing and preaching the Word of God in many places.

Pr Joseph Usala told David about the work of Good News Unlimited in spreading the good news everywhere. David was over-joyed and told Pr Joseph that wherever the gospel is preached, he wants to be there to share it and to sing for Jesus. Wherever Pr Joseph goes, he too will go, to preach the gospel.

David, the blind beggar, abandoned in the streets from infancy, is so grateful and overjoyed that God can use him for his work! Even more than this, he deeply senses the call of God upon him to become and evangelist and a pastor. His joy knows no bounds.