How The Idols Were Defeated by Prayer ­– Sara’s Story 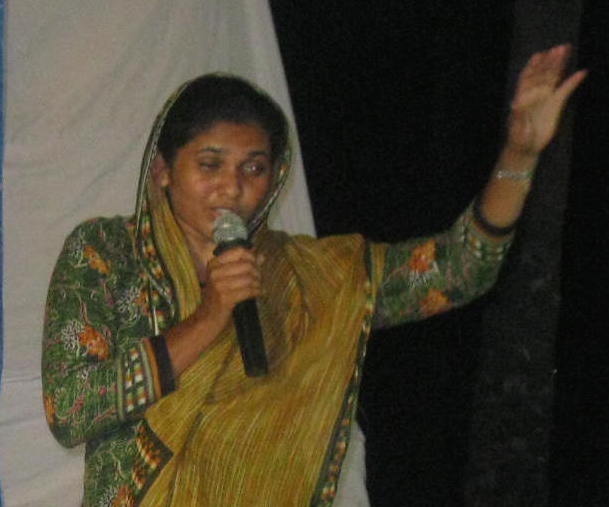 Sara loves sharing about the goodness and the power of Jesus

Sara is a young lady who was born and brought up in a Hindu family in India. She performed all the Hindu rituals and participated in all the festivals, together with her relatives.

As Sara grew up, she enrolled in a college in the town in order to continue her studies. There she made friends with some other students who believed in Jesus and prayed to him often at the college.

Sara disagreed strongly with her new friends when they told her that Jesus was the one and only true God and Saviour. However her friends prayed so frequently and passionately that Sara was inspired to join them in their prayers, and Jesus changed her mind so that she accepted Him as her Lord and Saviour.

When Sara finished her studies, she returned to the family home, but she told her mother about her faith in Jesus and that from now on she would pray only to Jesus every day. Her mother was furious! Her mother treated her as if she was contaminated and kept her eating and drinking utensils separate. When she saw that Sara continued to pray to Jesus, she disowned her and threw her out of the house. Sara survived because some other family members provided for her needs.

Sara’s mother built a statue of a Hindu idol and called a priest to come and perform rituals with the idol in order to make Sarah change her mind. But Sara continued praying to Jesus.

The Hindu priest threatened Sara and told her that she had to stop following Jesus otherwise she would be cursed and many problems would come upon her. However Sara did not listen to the threats from the priest and her family members. She only wanted to follow Jesus, and she continually prayed for her family.

One day her father became sick. Sara said to her mother and her family, “If you believe in Jesus, he has the power to heal.” However, they rejected what she said to them.

So Sara went to the house of some friends who believed in Jesus, and she shared with them all her problems, and the problems of her family. They all prayed together, and they agreed to continue praying until God would help Sara.

That was the turning point, since from that time, Sara’s mother slowly started believing Jesus, and eventually the whole family accepted Jesus through the Sara’s witness.

Sara has decided not to marry, and instead she has decided to dedicate her whole life completely to Jesus. The greatest desire of her heart is to do the work of God and to spread the gospel everywhere.

Today Sara is preaching the gospel with Good News Unlimited, sharing her story wherever she goes.