Jesus Brings a New Kind of Faith – by Ritchie Way 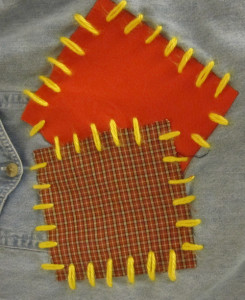 John the Baptist’s’ disciples came and asked Jesus, “How is it that we and the Pharisees fast, but your disciples do not fast?”

Jesus answered, “How can the guests of the bridegroom mourn while he is with them? The time will come when the bridegroom will be taken from them; then they will fast.

The disciples of John the Baptist and the Pharisees traditionally fasted on set days of the week as a requirement of their faith.

Jesus gave a completely new interpretation to fasting. It wasn’t something you could do to earn credit with God.

Jesus said his disciples did not fast because he, the Bridegroom, was still with them. The time would come, however, when he would be taken from them. In this way jesus pointed the enquirers from John to his coming crucifixion.

Jesus provided the group an illustration about the nature of his kingdom. In those days, wine that was transported by horse, mule or donkey, was carried in tanned animal skins that had been turned inside out and stitched up.  As these skins aged, they became brittle and prone to splitting. New wine was never put into old wineskins because the fermenting gases would put pressure on the skin, causing it to split.

For the same reason, nobody sewed a patch of un-shrunk cloth on an old garment, or the new patch would shrink in the next wash and pull away from the garment.

The new faith Jesus was giving them could not be patched onto the old Jewish religion, or be poured into the old wineskins of Judaism without damaging both it and Judaism. No! Christianity would require entirely new forms.