The Mighty Power of Christ 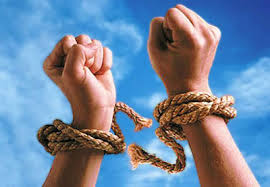 The eighth chapter of Mathew is all about power. There is power everywhere you look. The chapter starts with Jesus cleansing a leper, and then he heals a centurion’s servant, and then Peter’s mother-in-law. Then Jesus calms the storm, and finally he releases two demon-possessed men from bondage.

The leper recognizes the authority of Jesus. The centurion acknowledges it. Peter’s mother-in-law benefits from it. The demons are subject to it, and the demon-possessed men are released by it.

Wherever Christ goes the fabric of the universe is rent apart as the kingdom of God erupts into this world. Wherever Jesus is, the gates of hell tremble and evil flees.

The strange paradox is that at the end of this chapter, the people tell Jesus to go away and to leave them alone.

In the middle of the chapter, a man comes and tells Christ that he will follow him wherever he goes. And Jesus tells him about the birds and the foxes. Jesus tells him what it costs to follow Him – it costs everything.

Christ’s followers are called to rely on Christ and on him alone. It’s called faith. It’s the essential quality for experiencing the power of God.