Should We Look for Signs and Wonders? – by Eliezer Gonzalez 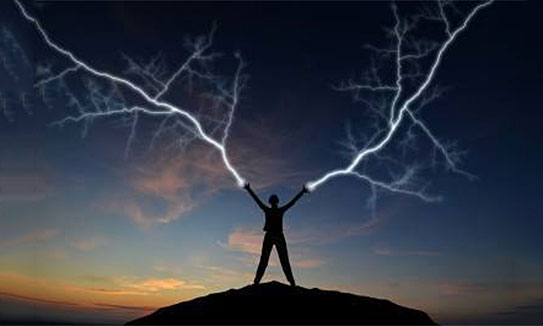 The Pharisees and Sadducees came to Jesus and tested him by asking him to show them a sign from heaven. 2 He replied, “When evening comes, you say, ‘It will be fair weather, for the sky is red,’ 3 and in the morning, ‘Today it will be stormy, for the sky is red and overcast.’ You know how to interpret the appearance of the sky, but you cannot interpret the signs of the times. 4 A wicked and adulterous generation looks for a sign, but none will be given it except the sign of Jonah.” Jesus then left them and went away. – Matthew 16:1–4

I’m not sure what specifically triggered this question from the Pharisees and Sadducees. You’d think that perhaps Jesus hadn’t done a great miracle for a while. But the funny thing is that in the preceding verses, Jesus had been healing multitudes and feeding the four thousand. Perhaps the Pharisees and Sadducees considered themselves much more learned and less gullible than the common people. For whatever reason, they asked for a sign from heaven.

Jesus says to them two things. First of all that the signs are all around them except they fail to see or understand them. And second, he tells them that they will receive no sign except the sign of Jonah.

We humans are always all too often trying to find Jesus in the miraculous – in the signs and wonders. Jesus still says to us that the signs that he wants us to see are all around us, except that we often don’t notice them. Who can miss the sky – whether it’s dark and stormy, or whether it’s a fine day? In the same way, who can miss the presence of Jesus? He who was the Sign and Wonder was right there among them, yet they failed to recognise him. Christ didn’t want them to follow the signs and the wonders; he wanted them to follow him!

In the Old Testament book of Jonah we read about how the prophet Jonah was swallowed up by a huge fish, and he remained there for three days and three nights. At the end of that time he was spat out onto the shore, and he went to preach to the people of Nineveh. I am sure he shared his story of how God had sent him there!

It is absolutely shocking that Christ would compare the religious leaders of his religion with the pagans of Nineveh – a wicked and adulterous generation! And he said that the only sign they would receive would be the sign of Jonah.

The sign of Jonah was fulfilled in Christ when he died, was buried for three days in the depths of the earth and rose again on the third. Day. (Note that the Hebrews used inclusive reckoning for time, so although Jesus was not in the tomb for three full days, the Hebrews described it in that way.) The cross and the resurrection of Jesus Christ is the sign of Jonah.

A “wicked and adulterous generation” has always looked for signs and wonders from heaven. It has always got the priorities all wrong. It is sad to see that this passage ends with the words, Jesus then left them and went away (v.4).

So don’t seek for signs and wonders to validate your faith. God has already given us the greatest sign of all – the gift of His Son for our sin. Accept it today and believe!

Then you won’t need to ask where the signs and wonders are. They will be everywhere in your life.

Dear Brother in Christ - Please reread this blog again... You say that '"to turn the words of Jesus around into a message basically saying that all Christians who “seek miracles” are wicked and adulterous" is a really unbalanced message.' I believe you have misunderstood what I wrote. That is not the message of this blog at all. Grace and peace to you, brother. – Eliezer

Brother, I can appreciate your post on some level, and if it were given sandwiched between messages encouraging believers to beleive God for miracles and that the God of miracles is still working today (something along those lines), I would be fine with it. But the fact is I feel it more pharisaic to be discourage the pursuit of miracles than to pursue miracles. There are various other scriptures in the Bible encouraging people not to seek miracles alone, but in their validity that God is among them. For example, Matthew 11:5, Mark 16:15-20, and Acts 10:38. Like you said, "I’m not sure what specifically triggered this question from the Pharisees and Sadducees." but to turn the words of Jesus around into a message basically saying that all Christians who "seek miracles" are wicked and adulterous is a really unbalanced message. Again, yes, we do not seek miracles alone, we seek Christ as our ultimate goal in life. But miracles are good and on some level to see them happen, we must pursue them (I Cor 14:1). I should maybe take extra time to read your other blogs to see if there is a balanced message here, but seeing as this is the first blog of yours I've read it seems to be an unbalanced message.