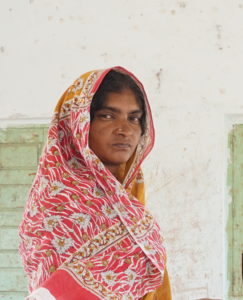 Kanaka Lakshmi has seen her life transform through the power of the gospel.

There are times when Jesus is found after his children endure sorrow and pain. Pastor Joseph Usala partners with GNU to deliver the gospel throughout remote regions of India. Those whom he encounters have testimonies of their own, and sometimes those stories are very radical. So it is for Kanaka Lakshmi, a woman from a small village in India who went through the loss of her husband before she found the truth in Jesus.

Before Kanaka Lakshmi was introduced to Jesus, she, her husband, and her entire household were devout Hindus; for them, this included the worshipping and idolizing of snakes. Kanaka Lakshmi says:

I was born and raised in a Hindu family and my husband worshipped snakes daily. I, too, was doing the same thing.

Each day, Kanaka Lakshmi’s husband would go to the rice fields to bring the snakes fruits and flowers. He would spend hours with the snakes, rest near them and do ceremonial rituals for them. He even told others that these snakes were his friends.

Then, one day as he was going to the field, a snake bit him on his leg. He started to run away, but the snake was too fast, and it proceeded to bite him three more times. He sought medical treatment from several different clinics, but nobody had the proper remedy, and he later died from the bites.

This devastation came to Kanaka Lakshmi just six months ago. She says,

When my husband died, I was very very sad and I did not know what to do. My sons also felt very saddened, and in my whole house, there was sorrow. 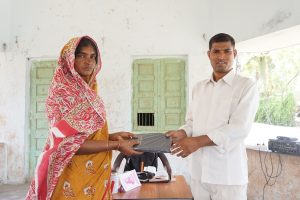 That was when Kanaka Lakshmi decided to throw out all of the idol photos from her house.  She had heard about the ministry of Pastor Joseph and called him for help. Pastor Joseph arrived to meet with her and prayed with her, and she accepted Jesus! She has now found peace in Christ. Kanaka Lakshmi testifies:

After my husband’s death, I stopped worshipping the snakes, and I have accepted Jesus in my life. I am so happy now. Please pray for me and my family.