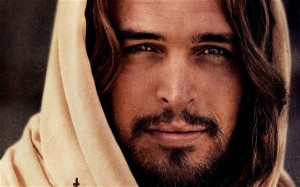 Here is a marvelous thing! The name that Jesus used most often for Himself, the name by which He preferred to be known, was a name that intimately and forever connected Him with humanity – Son of Man. Not Son of God, but Son of Man.

The name “Son of Man” expresses one of the closest human bonds that can exist, the son-father relationship. In Jesus’ culture, the son always put the father first; the son honoured the father and did what the father could not do for himself. For this reason, Jesus does not attribute supremacy to Himself in relation to humanity, but instead places Himself in the subservient role of a son. More, in this context, Jesus specifies that this servant-relationship to humanity is expressed in His redemptive self-sacrifice for all:

Jesus came to this earth to be by your side – to be much more than just your best friend. He came to be related to you by blood – a blood-relationship that is even closer than than whatever you may have understood before, because it was forged by the sacrifice of flawless love and not by flawed genetics.

In whatever may be your need right now, He will stand there beside you. He will never leave you nor forsake you.