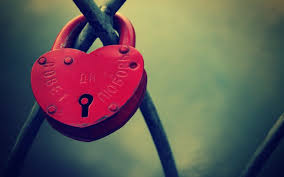 A man who was demon-possessed and could not talk was brought to Jesus. And when the demon was driven out, the man who had been mute spoke. The crowd was amazed and said, “Nothing like this has ever been seen in Israel.” (Matthew 9:32-33).

The word that is used here for “could not talk” (kophos), in biblical Greek means “deaf mute.” It was often the case that deafness and dumbness were linked if the problem was congenital.

In my twelve years of service in Papua New Guinea, I met several men who could neither speak nor hear because of ear infections early in their lives. They could not speak simply because they could not hear what words sounded like. To get your attention they would make a high pitched noise with their vocal organs.

One delightful man, Piara, would compensate by miming. To indicate a white-skinned person he would join his thumbs and first fingers in circles and hold them against his eyes like glasses, because only Europeans, in those days, wore glasses.  To indicate a child of a certain age he would hold one hand, palm downwards at his side at the appropriate level. There was, however, no real substitute for being able to hear or speak.

You can imagine, therefore, how constricted the life of  the deaf-mute was who was brought to Jesus. He was, pretty much, cut off from social interaction. When Jesus healed him, the crowd was astonished. Jesus had done something never seen before.

Today, Jesus wants to come into your life and make changes that will amaze all who know you. Your future will be so different from your past, everyone will be commenting on the improvement.

On the other hand, perhaps you know someone who needs to be brought to Jesus, as was the deaf-mute. Now might be the right time.